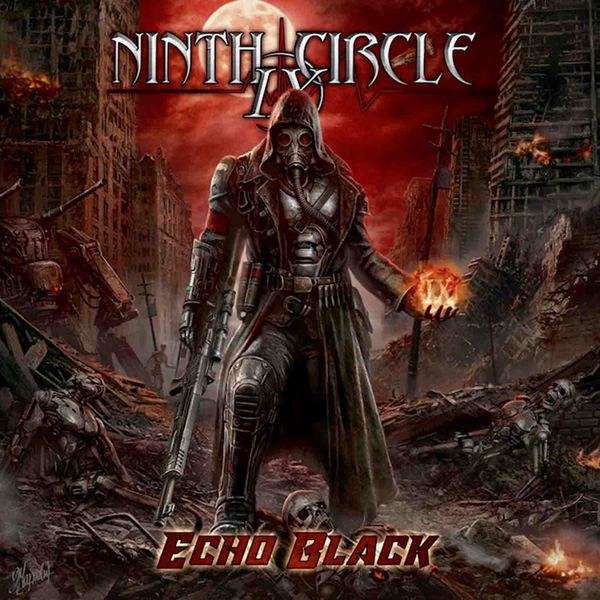 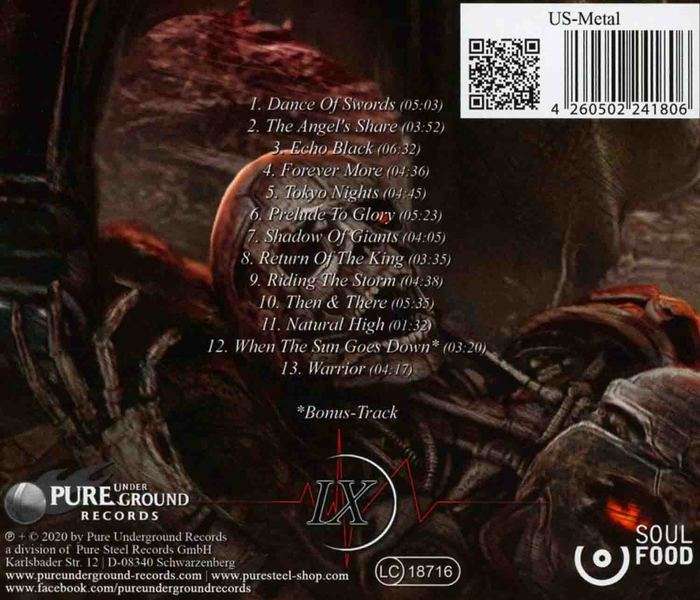 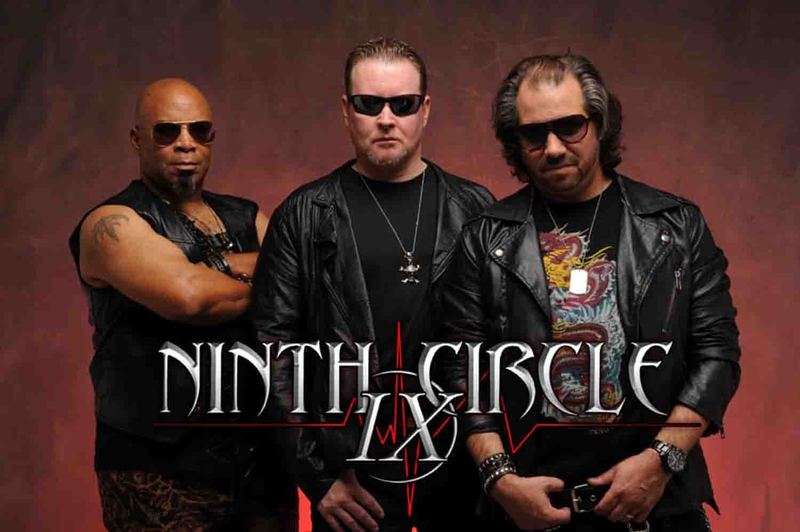 Ninth Circle has been electrifying audiences in the US with their stunning live performances over the last several years. Their brand of Melodic Metal has served them well since the release of the self-titled debut in 2000. Branded as "in your face melodic metal from Southern California's premier powerhouse trio", the album Ninth Circle quickly ran up the Independent Metal Charts and reached the #1 position on MP3.com. Keeping with the tradition of bands such as Iron Maiden and Judas Priest, Ninth Circle remains a band true to their roots to this day.Ninth Circle continued to support their release by performing live even when heavy metal remained unfashionable. They carried the metal flag deep into battle with every show, gaining new fans each time. The song writing partnership of Dennis Brown (Vocals & Guitar) and Frank Forray (Bass Guitar) would not be compromised; heavy metal was in their blood and heavy melodic metal is what they delivered!In the winter of 2008 Ninth Circle emerged stronger than ever with their worldwide critically acclaimed The Power of One. The album showcased the influences of bands such as Hammerfall, Primal Fear and Stratovarius, giving the band a more progressive and aggressive sound. The Metal community quickly accepted the album and the band received 7 nominations at the “South Bay Music Awards” in Southern California including album of the year. More and more positive reviews surfaced worldwide and Ninth Circle again quickly ran up to the top of the Metal Charts this time on cdbaby.com.Ninth Circle riding the wave of success from The Power Of One have now created a Melodic Metal masterpiece; Legions Of The Brave. The band has gone bigger and bolder by embracing progressive elements and pushing Metal into new melodic realms. Ninth Circle delivers an exciting brand of metal combining dynamic song writing, powerful riffs and a driving rhythm section. Legions of the Brave hooks the listener in from the very first track.Legions of the Brave is the outcome of 3 years of touring; inspiration from bands they performed with such as Primal Fear, Hammerfall, Y&T, Mr. Big, Dokken, UFO and Michael Schenker, and a year of focused songwriting. Legions of the Brave elevates Ninth Circle into the hierarchy of melodic metal with their lethal combination of melody and power.Legions of the Brave release date is May 30th, 2014 on Pure Rock Records, a sub-label of Pure Steel Records.

As you all know (because I repeatedly mention it) I was on hiatus for over two years and even then never worked as much as I do at the moment, because of that and uncounted other reasons I never became aware of NINTH CIRCLE but today seems to be my lucky day as I am able to give those guys a whole lot of attention. ‘Echo Black’ is the bands fourth full-length record and it totally rips! But I am getting ahead of myself and my normal modus operandi... so let us check the press text first: “NINTH CIRCLE is back! The compositions on the new album ‘Echo Black’ are catchier than ever before. You will find influences from the who is who of melodic Metal but NINTH CIRCLE combines them for a unique sound of their own. It doesn’t matter if you prefer NWoBHM, US Metal, or Euro-Metal, NINTH CIRCLE includes several styles in their totally convincing new material! Sometimes epic, sometimes powerful, but heard once you won’t get the songs out of your mind! The songs are diverse with a powerful production. What more do you need? It’s just wonderful!” Well, yes! The material is very diverse and features the best of every presented style, most of the time in a unique style I have not heard a million times before. The only thing that that reminds me of any other band is Dennis Brown’s voice because it reminds me of MEGA COLOSSUS’ Sean Buchanan (which is great because I fucking love MEGA COLOSSUS). The song ‘Dance of Swords’ is the one that reminds me the most of MEGA COLOSSUS, ‘Then & There’ and ‘Tokyo Nights’ are the wet dream of every AOR afficionado and ‘Warrior’ is a RIOT cover featuring Todd Michael Hall the man with the golden pipes! That was only a selection of good songs as I really love almost everything about it (‘Echo Black’, ‘Forever More’). The overall style and execution are solid as a rock. Dennis Brown on vocal and riff / hook / shred duty is the MVP in my book but Richie Brooks (drums) and Frank Forray (bass) on rhythm section are the ones that make most of that possible with the frame he needs to work his melodic magic. This is a very fine piece of music and you, dear reader, should check it out as soon as possible.