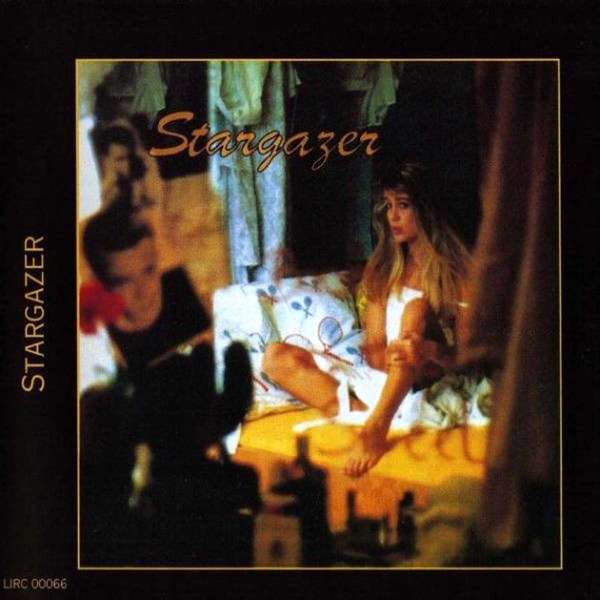 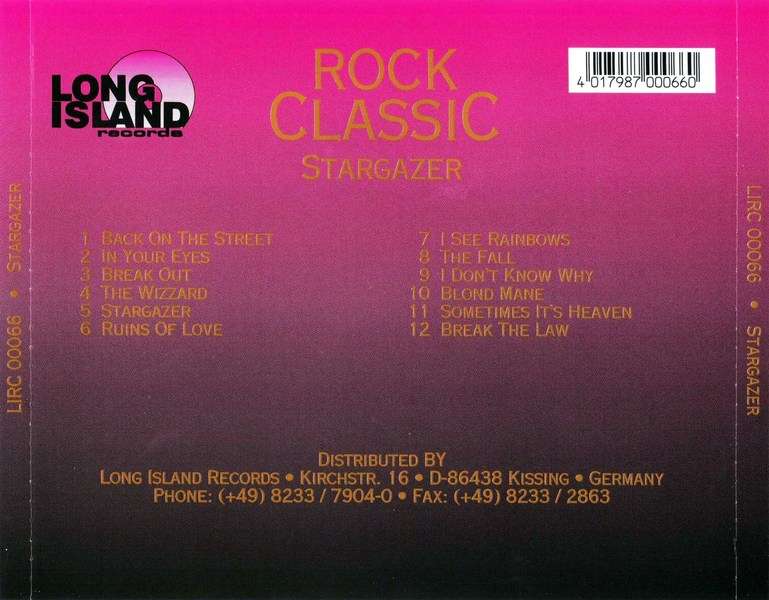 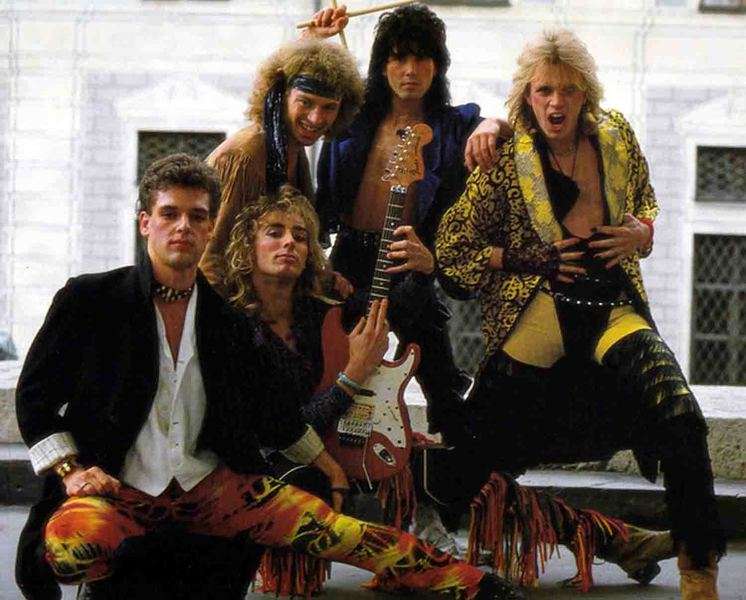 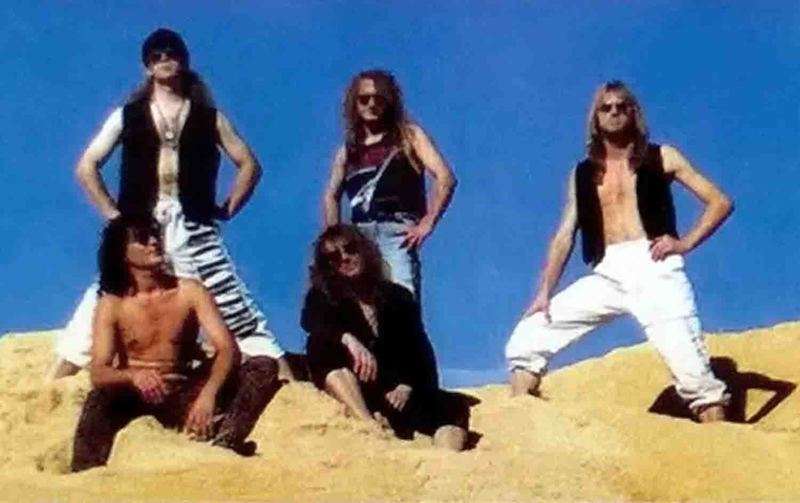 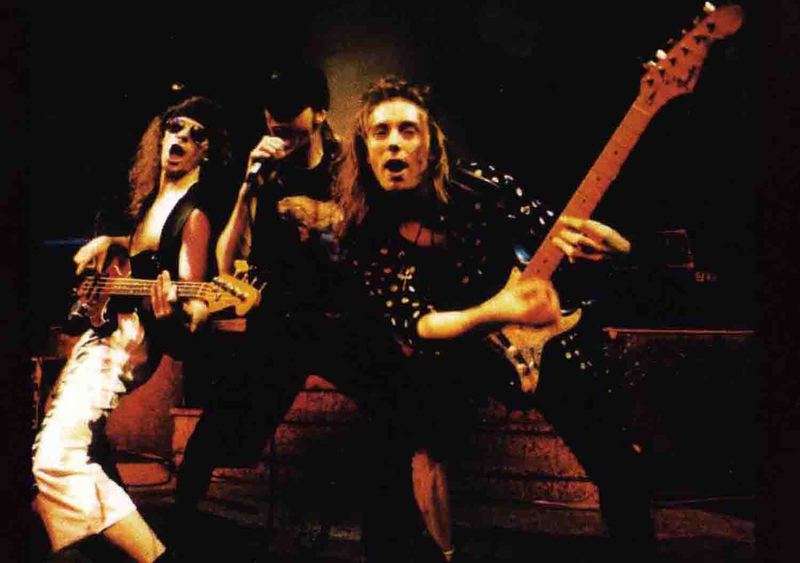 Stargazer is a heavy rock band from Germany. This is the band’s first album released in 1988 and the orinal title is “Back On The Street”. The album has been re-issue in 1994 as one of the “ROCK CLASSIC PRESENT” series of Long Island Records as “STARGAZER”, with four bonus tracks. Like all the Long Island Records releases, this is one feature great 80s commercial hard rock with great guitar work and nice keyboards overall and few progressive ellements. The only weak is the voice but covered perfectly from the keys and guitar. The band supported Bonfire, Nazareth and Sinner, while in their touring in the States opened for Extreme.The discography for STAR GAZER is as follows: "We Start To Play Now / Break The Law (Single)" (1986) "Back On The Street! (LP)" (1988) "Commercial Gods (LP)" (1994) "Stargazer (Compilation)" (1994)(which is what you have listed here) and "Dinomania (LP)" (1994) This Compilation on Long Island Records featured their "Back On The Street!" (LP)(tracks 1-8), 3 songs off their "Commercial Gods (LP)" (tracks 9-11) and 1 track off their initial Single from 1986 (track 12). Their style on all of the earlier release (up until "Dinomania") consisted of Neo-Classical Melodic Rock with a Glam image (that would change as well on "Dinomania"). The more comemrcial aspects of RAINBOW & MYDRA seem like pretty good comparisons although the vocals were the weakpoint (and I believe more than 1 singer contributed on some of their songs). Needless to say, this was better than what the band photo advertised on the original cover-art.

Great limited edition with 3 bonus tracks.Tracks 1-8: Full album "Back On The Street!" (1988) , Tracks 9-11: from "Commercial Gods" album (1991) , Track 12: b-side from single "We Start To Play Now / Break The Law" (1986) , Correct track order is shown above. The one printed on back cover is wrong!Another 'classic' release from Long Island records.Keyboard driven melodic rock. Sound is oke, songs are oke, but nowhere really special.Remind me band Mydra.