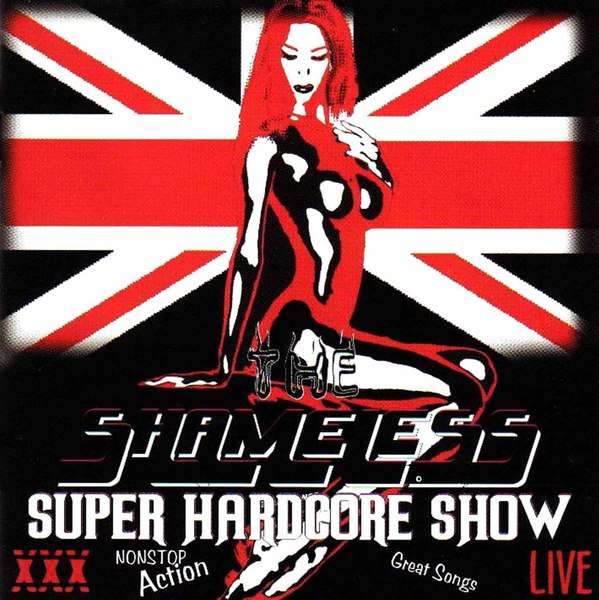 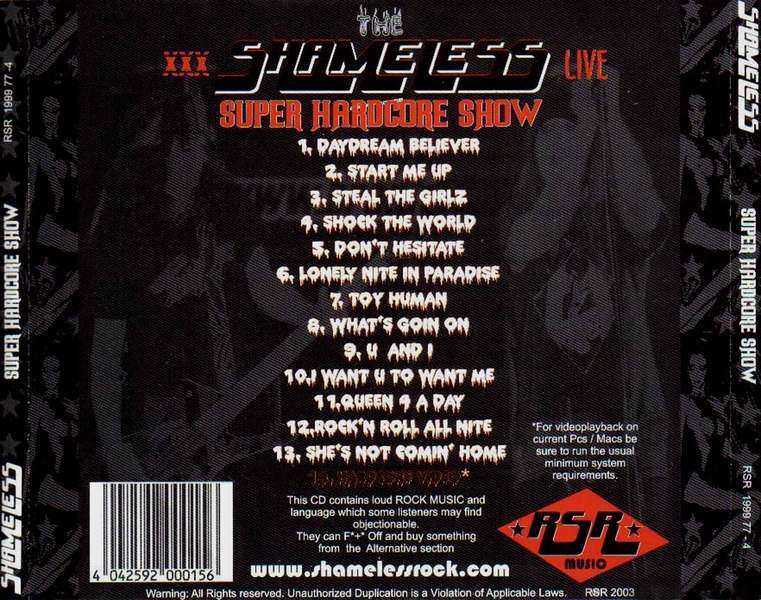 The band recorded several shows during the United Kingdom leg of the tour, and subsequently put out their first live release, “Super Hardcore Show.”Anyone who still passionately makes such an outdated music like glam / sleaze rock must either have a tit or really love this music. The latter certainly applies to SHAMELESS. The band around the German Alexx Michael is recruited from a number of well-known rockers who have played almost all of them in the USA in appropriate combos. Michael can refer to sidekicks from bands like TESLA, KISS, STRYPER, TUFF, PRETTY BOY FLOYD and plenty more. After three studio discs and various songs on some (KISS) tributes and samplers, the boys are now releasing a live disc, recorded on last year's tour of England.“Super hardcore show” is framed by three new studio recordings, more precisely by the snotty opener “Daydream believer” (MONKEES cover), a brisk version of “Start me up” (ROLLING STONES) and a piano version of their own ballad “She`s not coming home ". The 10 live songs are natural and raw, so nobody is bothered by playing mistakes or whistling noises. On the contrary, you can almost feel the energy on and in front of the stage, you can smell the stench of leather and sweat, of hairspray and cheap perfume. It sounds like MÖTLEY CRÜE, FASTER PUSSYCAT or GUNS `N` ROSES. The own highlights such as "Steal the girls", "Queen for a day", "Lonely night in paradise" or "What`s going on" (could also have been on MÖTLEY CRÜE's "Girls girls girls" and blends excellently into " Smoking in the boys room ”) are rocked into the cheering and screaming crowd with covers from CHEAP TRICK's“ I want you to want me ”and the bouncer“ Rock`n`Roll all night ”(KISS). And because it is so beautiful there is a video of the concert where you can admire "I want you to want me", "She`s not coming home" and "Queen for a day" as a digicam recording. The "Super hardcore show" is not a musical work of art, but it is a cool piece of sleaze, glam and rock'n'roll. For friends of that music, "Super hardcore show" is an entertaining album on which everything is raw and real, the sound, the songs and the video. An all-star glam project that you hardly notice that a band has moved through the clubs here that some musicians in the USA have rocked in large stadiums.