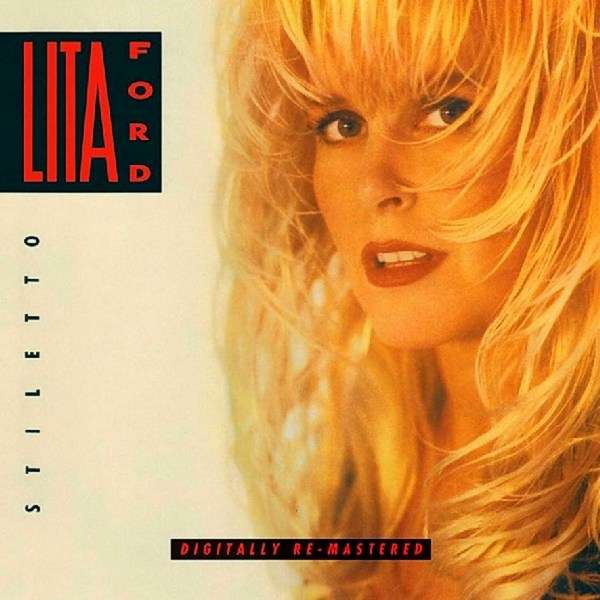 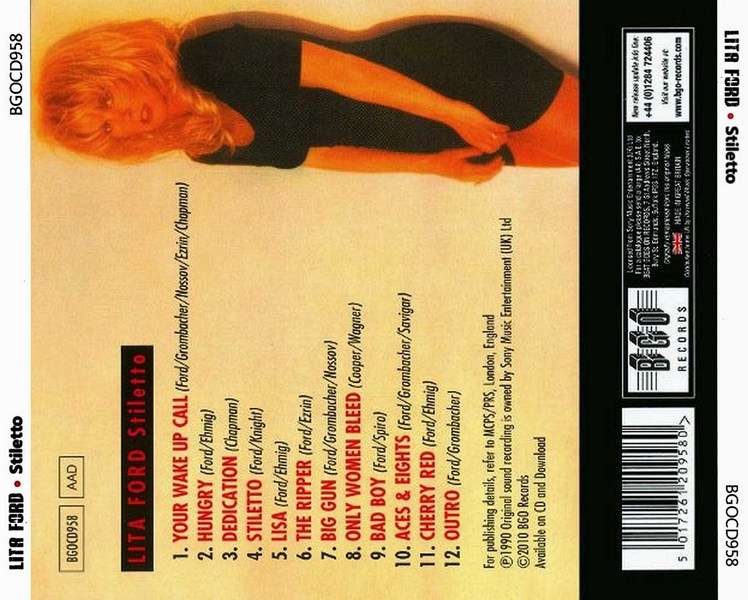 Lita Rossana Ford (born September 19, 1958)is a British-American rock guitarist, vocalist, and songwriter, who was the lead guitarist for The Runaways in the late 1970s before embarking on a solo career in the 1980s.Lita Ford was a rare combination of beauty and talent in an era when heavy metal was almost completely void of a female presence. While adolescent boys fantasized about the guitar wizard, Lita managed to enjoy some moderate success while partying and living the wild rock lifestyle.Carmelita Rossanna Ford was born in London, England and started playing the guitar at the age of eleven. Still a teenager, Lita joined the all female group The Runaways, the brainchild of Hollywood guru Kim Fowley. At the time The Runaways were largely dismissed by critics as nothing more than a poor gimmick, but that view changed when the girls disbanded and former members Lita and Joan Jett became successful solo artists. When that band broke up Lita was unsure about her future and worked several jobs, including hairdressing and gas pumping, before Eddie Van Halen encouraged her to pick up the guitar once again. She did so and started pursuing a solo career.Lita Ford managed to secure a deal with Mercury records, but her debut Out For Blood was almost shelved due to a cover that was deemed too offensive. With revamped artwork the album was finally released but few people seemed to notice. The follow-up, while charting in the Top 100 on Billboard's charts, didn't fare much better. Lita became engaged to her childhood idol, Black Sabbath's Tony Iommi, but that relationship soon soured as did her association with Mercury when they refused to release her 1987 recording Bride Wore Black.Lita severed ties with her record company and employed Sharon Osbourne as her manager. With a new label she was able to release her best selling album, 1988's Lita. It featured the #12 hit "Kiss Me Deadly" and a #8 duet with Ozzy Osbourne called "Close My Eyes Forever". With a fresh marriage to W.A.S.P.'s madman Chris Holmes and a commercially triumphant album, Lita Ford was arguably the most successful woman in all of hard rock. But Stiletto proved to be a disappointment both in sales and material despite including the song "Lisa" which was dedicated to Lita's recently departed mother. Fresh off a divorce from Holmes, Lita regrouped for the Dangerous Curves album, but by that time grunge was beginning to settle in and few people took notice. In 1992 she appeared in the network television show Herman's Head as well as a stint with Howie Mandel's house band on his short lived late night show. In 1994 she married Nitro's Jim Gillette and set about working on her next release Black. Ford and Gillette also formed a group called Rumble Culture and recorded some demos, but nothing has been officially released. On May 13th, 1997 Lita Ford became a mother by giving birth to a healthy boy, and one more child would soon arrive. It has been several years since Lita Ford has released any solo material making one wonder if motherhood has now become her passion. I'm sure we will see more from Lita sometime in the future.

As requested, more LITA FORD remastered albums from the ’80s / 90s, and now it’s time for the really good “Stiletto”. After the success of her previous album ‘Lita’, Ford’s career got somewhat of a boost, both creatively and commercially. On “Stiletto”, again the input of hit producer / songwriter Mike Chapman is an asset.Chapman, known for his work with everyone from Sweet to Scandal, liked his rock commercial, slick and hook-laden — adjectives that definitely describe “Stiletto”.“Stiletto” is one of Lita Ford’s better CDs, and the second in a trilogy she recorded during the Eighties / early Nineties (the others being ‘Lita’ and ‘Dangerous Curves’). Lita has always considered herself primarily a guitarist, and she doesn’t disappoint: her guitar lines always showcased an impressive talent.While this album is not that guitar-driven – it’s a 1990 release, with polish and accessibility all over – it reveals Lita as a very good rock&pop vocalist as well.“Stiletto” is a focused and enjoyable disc of glossy-produced songs ranging from sweaty rockers like “Cherry Red,” “Bad Boy” and one of my favorite Lita Ford track ever – “The Ripper” – to the eerie ballad “Lisa” (a heartfelt tribute to her Mom) to a cover of Alice Cooper’s “Only Women Bleed” , very well done.Title track “Stiletto” is another winner for me: midtempo AORish with atmosphere, sexy vocals and that ‘so 80s’ chorus. “Aces & Eights” is another strong number, some kind of a mix between Lita’s hard rockin’ first solo album with the late ’80s melodic hard rock including ‘mysterious’ synths.This remastering from BGO edition is nice, resulting in clean, crisp sound quite similar to a LP and fixing the pretty flat output of the original CD release.A true ‘1990 production’ melodic hard rock album, Ford’s “Stiletto” deserve a place in your collection.