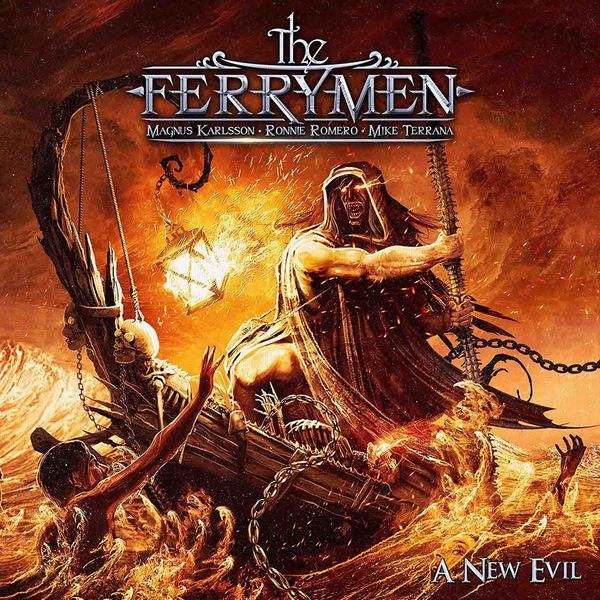 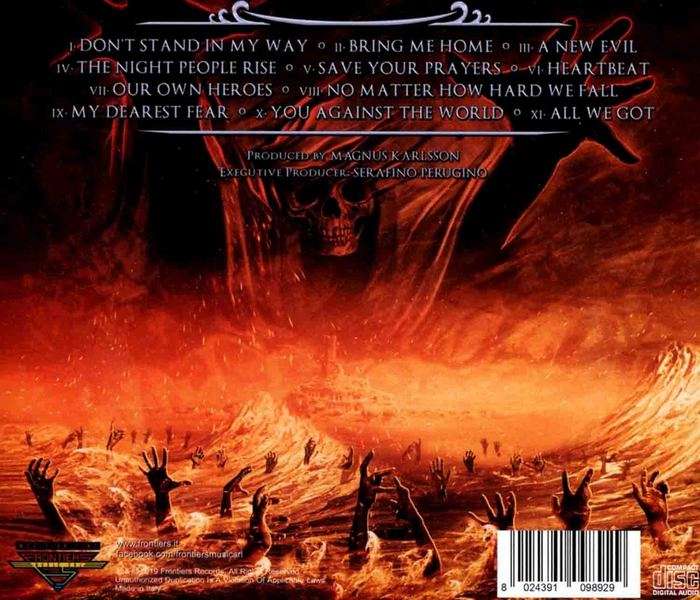 Guitarist Magnus Karlsson (Primal Fear, Magnus Karlsson's Free Fall) and vocalist Ronnie Romero (Lords Of Black, Rainbow) have joined forces, together with drummer Mike Terrana (Rage, Axel Rudi Pell, and more), in a brand new project dubbed The Ferrymen.The songs were written by Karlsson in Sweden during the summer of 2016. Once Romero was sent the music via their main bands' shared label home Frontiers, he immediately wanted to be part of the project. Terrana was the last piece of the puzzle and he recorded his drums in Italy, where he currently resides. The resulting album is a shot of adrenaline for all lovers of melodic metal! Musically, you can expect maximum melodic metal fusing the songwriting and epic structures of the great ALLEN/LANDE records (for which Magnus Karlsson was the main architect of the first three widely praised releases) with the Ronnie James Dio-esque vocal approach of Romero. (Let's not forget that Romero was hand-picked by Deep Purple and Rainbow's legendary guitarist Richie Blackmore to be the lead vocalist for Rainbow's recent reunion shows, so the Dio comparison is more than accurate!)With stunning artwork courtesy of Stan W. Decker and an outstanding mix courtesy of Simone Mularoni ( of Italian prog metal masters DGM), THE FERRYMEN is an album which will take the metal world by storm in 2017!

Frontiers Music Srl is pleased to announce the release of The Ferrymen's sophomore album, entitled “A New Evil” on October 11, 2019. The Ferrymen released their debut album in June 2017 and took fans of the European melodic metal sound by surprise as they seemingly came out of nowhere. With songwriting and fretwork handled by ace Swedish guitarist Magnus Karlsson (Primal Fear, Magnus Karlsson's Free Fall), the awesome vocals of singer Ronnie Romero (Rainbow, CoreLeoni) and drummer Mike Terrana (Axel Rudi Pell, Tarja, Rage) bringing the heavy metal thunder, the band quickly found their home in the hearts of fans of the classic Dio sound combined with heavier, updated songwriting textures and arrangements.Musically, fans can expect in "A New Evil" a very heavy, melodic metal album fusing the songwriting and epic structures of the widely praised Allen/Lande records (guitarist Magnus Karlsson was the main architect of the first three critically acclaimed releases) with the powerful vocal approach of Romero (let's not forget that Romero was handpicked by legendary Deep Purple and Rainbow guitarist Ritchie Blackmore to be the lead vocalist for Rainbow's recent reunion shows). True heavy metal fans are of course quite familiar with the well regarded Terrana and what his drumming skill set brings to the table on a heavy metal album of this nature. And what metal album would be complete without some stunning artwork? Renowned artist Stan W. Decker's album cover rounds out this colossal heavy metal offering."A New Evil is a bit heavier and more progressive”, says Magnus Karlsson. "I’m always learning and trying to improve my songs and productions each time out. Working with Ronnie and Mike is a such a great experience. I can concentrate on the writing and whatever I will come up with, I know they will nail it! This time Jacob Hansen (Pretty Maids, Volbeat) did the mix and it works really well with the heavy style.”“I think it's a great album and people are gonna love it as they did with the first one”, adds Romero. “Everybody knows Magnus' skills to write great music, so it’s really easy to like every song on the album. This time was maybe even easier to work together because is the second album and we know each other better, he knew how to get my best performances, so I’m very proud about my work and grateful to have Magnus working side by side with me.” "I have a few favourites like Don’t Stand In My Way, Bring Me Home and A New Evil, but a very special song for me is No Matter How Hard We Fall. When you hear Ronnie in that chorus, you will get goosebumps”, continues Magnus. Ronnie’s favourite is Bring Me Home, but I’m really looking forward to when people can hear the whole album, because I'm sure they are gonna love every second of music on it!”