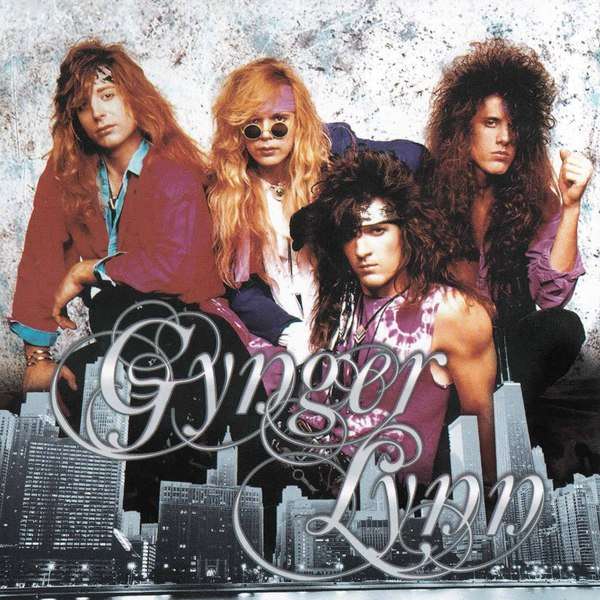 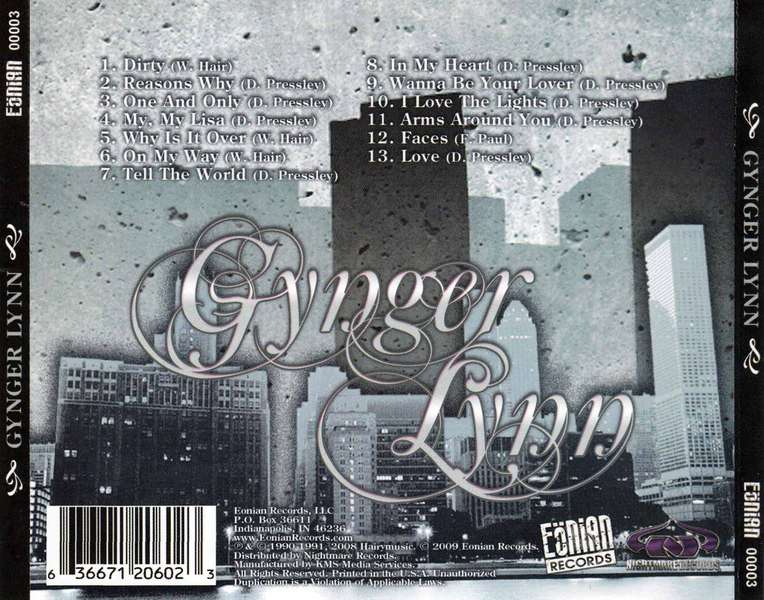 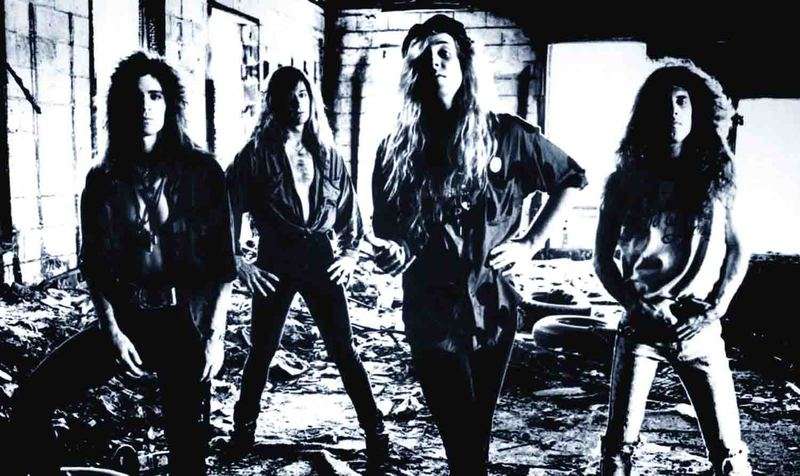 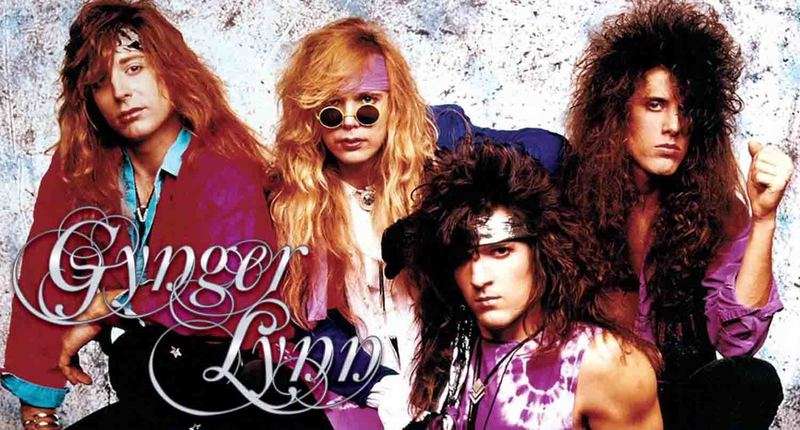 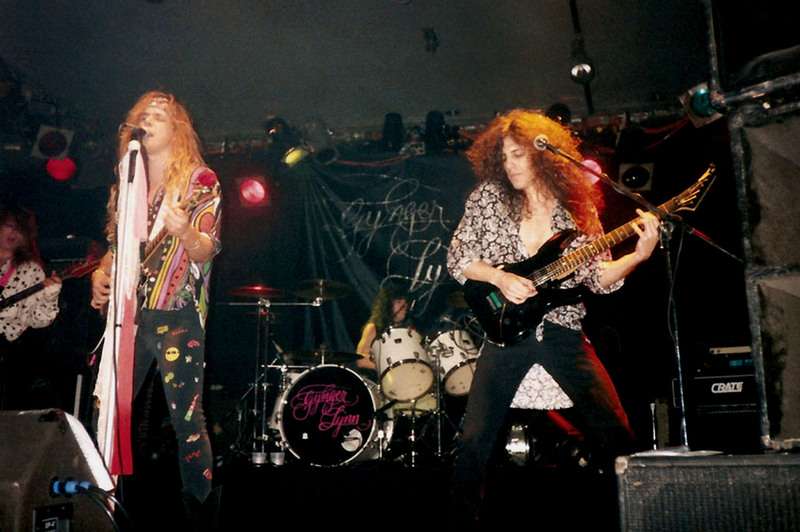 Gynger Lynn formed in 1989 when bassist Jim Stuppy paid a visit to Dean Pressley, the lead singer and guitarist for Chicago-based band Cheri Lane. Jim and Dean spent the entire afternoon talking about collaborating. Over the course of the same day, Jim would eventually introduce Dean to Will Hair, who in turn called drummer Frank Paul that same evening. The four musicians spent the next two weeks writing and playing in Frank s basement. Within a month, the newly formed Gynger Lynn had hit The Windy City like a ferocious storm. Local management companies and producers began to take notice. After recording two demo cassettes at The Playroom with Joe Bader at the helm, building the perfect road crew, and continuously writing new material, Gynger Lynn was off to conquer the Chicago music scene. The band played six to eight shows a month, rehearsed five days a week, and basically lived the rock-n-roll lifestyle to its fullest. Over the course of the next couple of months, Gynger Lynn would gain interest from Hounds and Columbia recording artist John Hunter. John would soon become the band s long time manager and was determined to see the Gynger Lynn maximize their musical talents and showmanship. John later took the band to Chicago Recording Company to record some of the band s best material with Chris Sheppard. Gynger Lynn would also begin to open for many national acts such as Doro, Tony MaCalpine, Tuff, Lillian Axe, Helix, Blue Oyster Cult, and many others. Gynger Lynn would also share the stage with such local acts as Smash Alley, Ript, Little Venus, Nikki Foxx, Onyx, and many others. Although times were good for Gynger Lynn, changes began to develop about midway through with Frank and Dean and their collaboration. Ergo, the side projects were short lived. Frank had decided to pursue a different genre and has since gone on to become a great country, pop, and Christian recording artist. Dean would soon head back to Gynger Lynn and at the same time would add two new band members with Gavin Jadwin on keyboards and Luke James Lorraine on drums. Gynger Lynn was now a five piece machine and was ready to get back to business as usual. The band went back to six to eight shows a month, often playing double shows on weekends. Known for their punked-up version of The Time Warp, lots of silly string, sufficient supply of beer, beautiful girls at all of the shows, broken guitars, plenty of original material, hard work, and most importantly high-energy, Gynger Lynn never had to worry about giving the same show twice and appeared to be on their way. Gynger Lynn was also beginning to play showcases for and meeting with many of the music industry s top record executives from Warner Brothers, RCA, Columbia, Capital, and Geffen. The band would also see plenty of air time on The Spirit of Chicago 103.5 the Blaze. In 1994, Gynger Lynn would eventually go their own way, as the record industry was no longer interested in signing bands of this nature. However, it was an incredible five year ride. Gynger Lynn had recorded a few dozen studio tracks, played hundreds of shows, and still remain friends to this day. LET'S DO THE TIME WARP AGAIN!

If you’re going to name your band after one of the most infamous porn starlets of the 1980s, you better be fucking good (no pun intended). While Ginger Lynn was screwing on camera with a fire that made her stand-out from the crowd, Gynger Lynn was…well, playing small clubs in the Chicago area and going largely unnoticed. The question now is, should Gynger Lynn have reached the same level of success in their career choice as Ginger did in hers? Judging by these 13 tracks recorded in 1990/91 the answer is no. I’m not saying the band is bad, but like the forgettable second-tier porn sirens of the 80s Gynger Lynn didn’t have the songs to take them to that next level. Sure the tracks on this self-titled release are enjoyable, but they aren’t earth-shattering or innovative. I will say this though, if the entire CD sounded like the first track “Dirty” these guys would have been criminally underrated. The song is a balls-to-the-wall rocker that has a lot in common with the energy that Kix displayed during their heyday. Unfortunately, aside from “On My Way”, none of the other songs come close to this one. Although I do find myself also enjoying the Sunset Strip influenced “I Love The Lights”, the moodier “One And Only”, and the irresistibly pop-tastic “Tell The World” in which vocalist Dean Pressley reminds me of bubblegum version of Dee Snider. When Gynger Lynn really rock they are able to reach the heights of early Kix, but when they venture into the ballad and mid-tempo realm they sound like an endless list of unsuccessful regional bands.One would imagine that a band named after a porn star would be singing about sex and drugs, so it is a bit shocking how often they sing about love and relationships! Gynger Lynn should have laid off the ballads and instead stuck to the raunchy formula of the opening track. This ‘Lynn’ needed more filth, so as it stands, if I had to choose one I’d spend more time with Ginger!