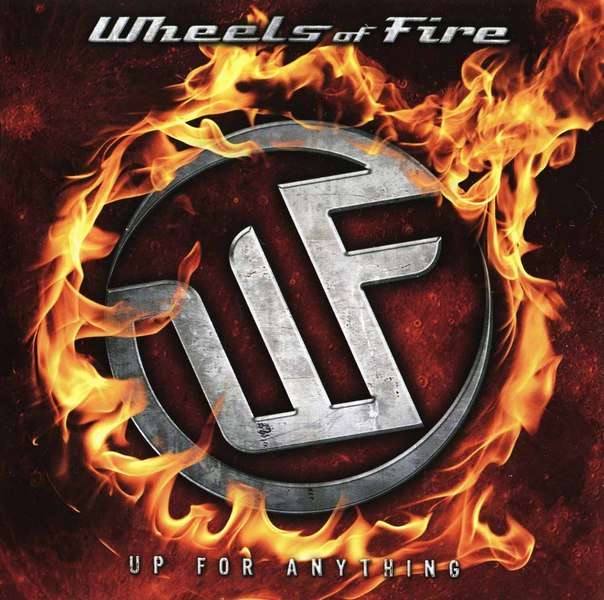 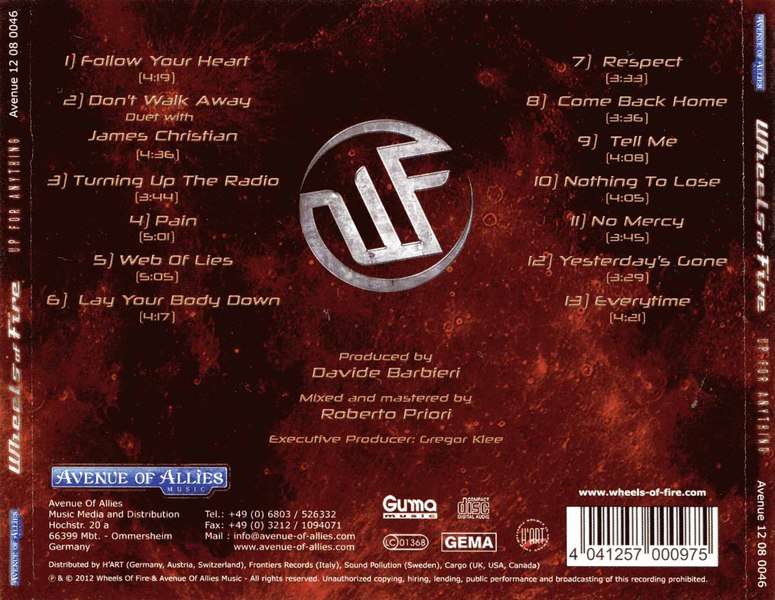 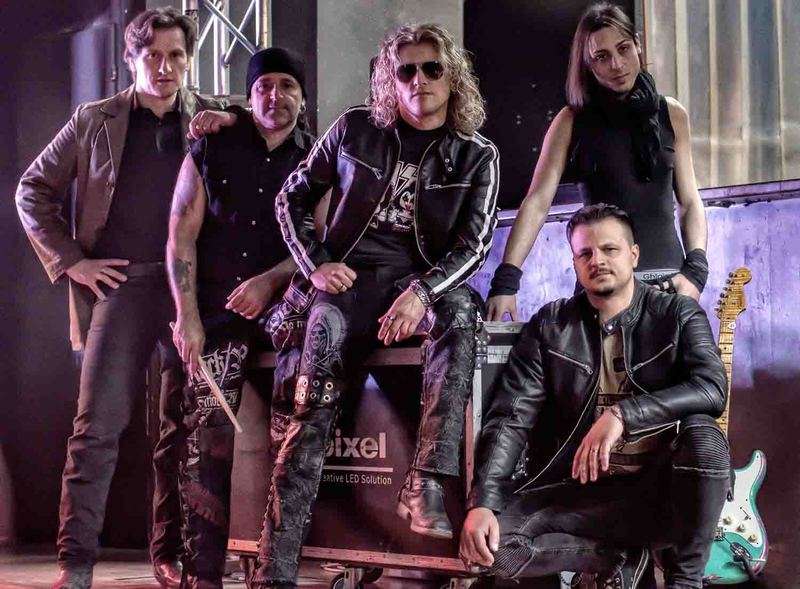 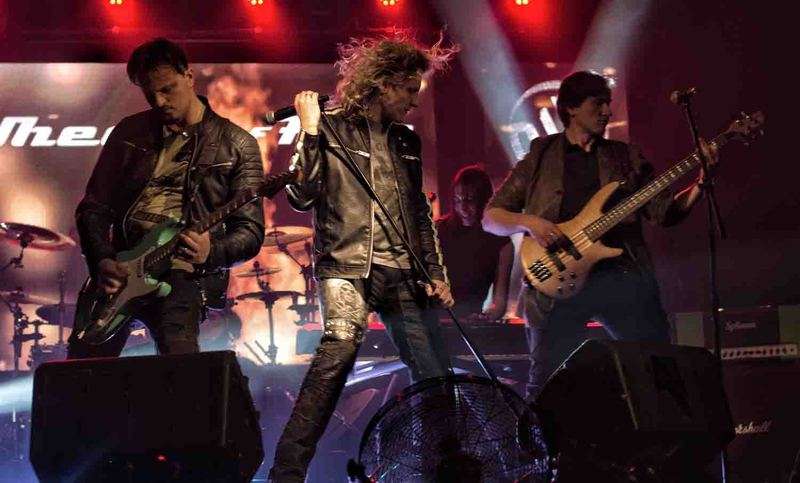 The foundation for “Wheels Of Fire” was layed back in 2006 when Michele Luppi heard some of Dave’s demos and subsequently offered his help to record an album. Eventually Michele produced “Hollywood Rocks” together with Dave and Michele can also be heard playing grand piano and singing background vocals. The studio line-up is completed by guitar player Stefano Zeni, who was in a cover band together with Dave, Roberto Galli on bass, as well as Andrea Zingrillo on drums. Roberto Priori (Killing Touch, Michele Luppi’s Heaven) took over the mix and the Mastering, and did an amazing job in delivering a great sounding record.

There are times when I try to act surprised when listening to an 80s oriented releases. Most cases led me to believe that keeping it traditional and true to the old ways have their toll, not a bad one of course especially if you are into the 80s Metal / Rock like me, so as I mentioned, I am nearly never surprised. Nonetheless, rarely do I receive an album from a band that has been known, not that I am talking about a huge celebrity in Metal / Rock music, its mind set towards the 80s and for its second release chooses to entice things up and add on modern elements. As though I believe that the addition of flavours can be done with by still keeping it true to the source, I didn’t argue and overtime found it to be a great groundwork and a wonderful perpetuation for the future, depends if made just right with that cool clicking sound that makes your head bounce.That is what I found on the second album of the Italian crew of WHEELS OF FIRE, which back in 2010 with their album “Hollywood Rocks” laid the path back to great bands as 80s BON JOVI, DOKKEN, FIREHOUSE, GUNS N’ ROSES and WINGER among the many that are there, returned with “Up For Anything”, also via Avenue Of Allies, that displayed WHEELS OF FIRE as a changing club, uplifting their surgical Hard Rock / AOR material a level up by issuing additional elements to their music such as occasional heavier riffing and modernized segments and beats at times that resemble the darker places of Metal music. Yet in overall, the 80s orientations are still strong and leading the way for another successful release and a great demonstration of diversity all in the name of the past. There have been cheesy parts as the AOR attributes sunk in but those mainly took their spot in the lyrics rather than on the drizzle dazzle, jump tracks. I can give away “Lay Your Body Down” as an example, and my least favored track on the release. But on the other hand, the hook laden guitaring, softy, velvet touching yet forceful vocals, tight rhythm section by the book and even the keyboards that upgraded the atmosphere around the songs, created a few classics and other pleasantries for 80s fans to consume.“Don’t Walk Away”, featuring a great duet between Davide Barbieri & James Christian (HOUSE OF LORDS), displayed that match made in heaven, a heavy track with a simplistic mid tempo opening riff but only an intro the greatness following with a great chorus, suitable drumming, a true blaster. “Pain”, the newer version of WHEELS OF FIRE you might add, still with an 80s vibe yet amped by updated shifts of power. Strong at the chorus as always that even reminded me something of RAGE, wonderful vocal production, and an rousing soloing that made tremor a bit but what can I say Stefano Zeni has been doing that since I first listened to his playing on the debut. “Web Of Lies” followed through “Pain” as a more slow tempo, ballad like, touchy tune. “No Mercy” (featuring Rob Marcello (DANGER ZONE) with a frenzied solo) and “Nothing To Lose”, “Follow Your Heart” are more or less the band’s own dish shown on the earlier release, cracking 80s stuff, a fine mixture of AOR / Hard Rock with bits of Metal just for that good taste. I liked the creativeness on the melodies, just in the nick of time WHEELS OF FIRE knew how to excite and slightly break the regular patterns. In short, I liked the vibe created on this dangerous meeting between old and new, great sound, slashing melodies and catchy riffing, yeah I was a bit staggered, but I enjoyed every moment of it.