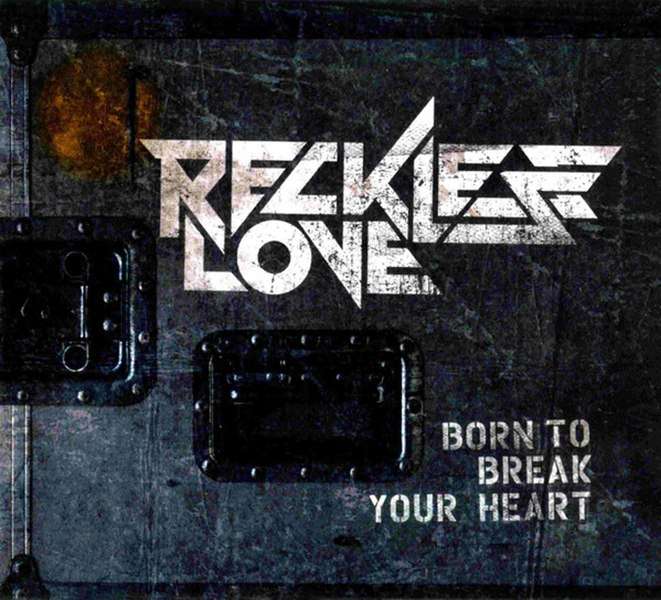 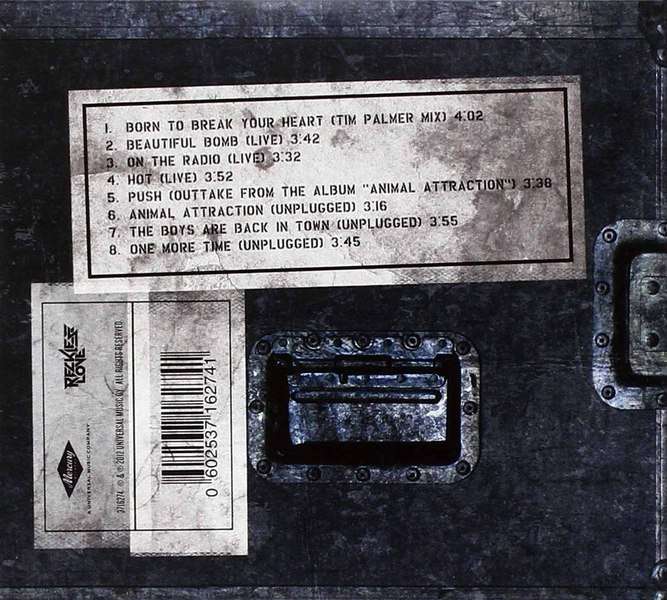 Reckless Love is a Finnish melodic glam metal band, founded 2001 in Kuopio, Finland. On February 2010, they released their eponymous debut album, which reached number 13 in the Finnish charts.The band started their career with the name Reckless Life, under which they initially played covers of Guns N' Roses. Having had no success with this approach, they began to write their own songs, and finally won the Kuopio Band Competition in 2004.As part of the Kuopio Popcity Project 2005, Reckless Love, along with Rainbow Crash, Svat and Sideshow Zombies went on a Scandinavian tour, visiting Sweden, Norway and Denmark.2007 saw Olli Herman (also known as H. Olliver Twisted) cover as the singer for the Swedish hair metal band Crashdïet, as their singer (Dave Lepard) committed suicide in January 2006. One and a half years later, Olli Herman returns to Reckless Love. In January 2009, the website of Reckless Love announced that drummer Mike Harley would leave the band. Hardly a week later a replacement was found: Hessu Maxx.The musical style of the band had undergone a major change over the years and, finally, on 23 April 2009, a record deal with Universal Music was made. In July 2009, Reckless Love released their first single, One More Time. In August, they reached number 2 in the 'YleX' radio station's charts in Finland. The second single, Beautiful Bomb, released on 15 October 2009, reached 4th. The band also shot a music video for this single, which premiered on MTV in December 2009. On 20 February 2010 the third single and second music video, Romance, was released. Four days later the debut album, Reckless Love, was released. This album was available in the Baltic States, Belgium and the UK, as well as in Finland. The Japanese version was released in July 2010. A release into the German and Swedish markets is still under discussion. The album debuted at number 13 in Finland's official charts.The band released their follow-up album, Animal Attraction, On October 5, 2011. The first single "Hot" was released on April 18, 2011 and the single "Animal Attraction" was released on September 12, 2011.The Animal Attraction Tour kicked off on October 7, 2011 The video for "On The Radio", which is the tenth track of their 'Animal Attraction' album, was filmed in Los Angeles, California.As of the 26th of April, 2013, Reckless Love's new single, "Night On Fire" is available to purchase and download, and there is a music video to support the song. Their latest album, called Spirit, will be available on September 2nd 2013 .

For many, eighties rock bands were either shameless purveyors of joyfully uplifting party anthems or hairspray soaked, spandex wearing lady boys with as much musical depth as Darth Cowell's record collection.Either way, the nineties dawned and the world became serious. The global recession, AIDS and the arrival of grunge significantly changed the musical map, rendering debauched glam metal acts outdated and tasteless. Since then 'hair metal' has thrived in a cult capacity, gaining momentum over the last decade as bands inspired by Motley Crue and their ilk have spread like fire gone wild. Finnish four piece Reckless Love are on a particular mission to resurrect the hedonistic traditions of Los Angeles infamous Sunset Strip, delivering stiletto sharp riffs, bombastic choruses and lascivious lyrics with minimum subtlety. It's as cheesy as Mr McCheese's cheese making factory in cheese land, but also a nice reminder of a carefree time when life wasn't quite so po-faced.ImageWhereas Steel Panther and The Darkness are tongue in cheek, Reckless Love eat, sleep and breathe anachronistic party rock. The quartet, led by vocalist and peroxide pretty boy Olli Herman, began life as a Guns N' Roses cover band, releasing their self titled début album in 2010. Whilst a wonderful recreation of stadium rock's glory days – huge melodies and Van Halen esque guitar pyrotechnics - it wasn't particularly original. Last year's follow up 'Animal Attraction' contained some excellently crafted AOR melodies, but overall felt less energised and like the guys were treading water. This mini-album coincides with Reckless Love's current tour of the UK and contains live tracks, acoustic cuts and an unreleased outtake from the 'Animal Attraction' sessions. Explaining the rather predictable reason for this release Olli Hermann says “As old school '80's metal fans, we wanted to put together something we were dying to get from our own idols, in the fashion of Guns N'Roses 'Lies'”.As far as hook laden pop rock goes this is mostly great stuff. Although the band actively encourage Guns N' Roses comparisons they're much closer to the contagious stadium friendly anthems of Def Leppard and Poison than the dangerous attitudinal sleaze of Axl and co. The title track - 'Born To Break Your Heart' - has been spruced up and remixed by Tim Palmer, bringing a larger sound to a smooth as ice slice of immaculate drive time rock. The excellent AA outtake – 'Push' - continues that formula, masking a typically awful lyric with a wonderfully infectious refrain that's got eighties rock radio stamped all over it. The live songs are well executed, 'Beautiful Bomb' being a syrupy piece of power pop, 'Hot' a sun baked beach bash for horny frat boys and cosmetically enhanced bimbettes, and 'On The Radio' nicking 'You Give Love A Bad Name's prowling riff to create an expertly crafted nugget of melodic rock gold. However, the 'live' backing vocals are so perfect it's obvious they're using tapes, adding fuel to the the 'style over substance' criticisms that have been thrown at them. The acoustic tracks work surprisingly well considering the amps are off, played with a fun loving rowdy barroom feel. But the cover of Thin Lizzy's 'Boys Are Back In Town' is shocking. The song doesn't work acoustically and Olli struggles to get his lips around Lynott's lyrics, draining the street smart cool from them in the process. And the background monkey noises from the other band members doesn't help either.As long as you disengage your cerebral hemispheres and enjoy uncomplicated party anthems this is catchy stuff that's destined for guilty pleasure status. However, comparisons with Guns N' Roses 'Lies' are ludicrous. That was a collection of bad ass rock and roll featuring blistering cover versions and awesome new tracks. This is slick, dumb as they come pop metal with lyrics so appallingly vacuous and juvenile Axl was probably writing better in the womb. That doesn't make it a bad thing. It's feelgood music for people who enjoy escapism, well crafted and played with fitting panache. It ain't big, it sure as hell ain't clever – but it's still an absolute blast for those who wish Kurt Cobain had remained a Kiss fan.Track 5 "Push" is an outtake from the album "Animal Attraction", this track has also been released as a bonus track on the Japan Edition of "Animal Attraction" (instead of "Young 'N' Crazy" for the UK release).