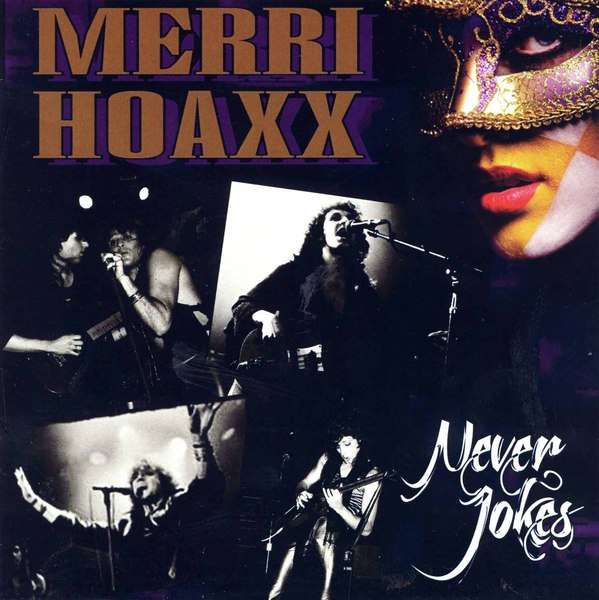 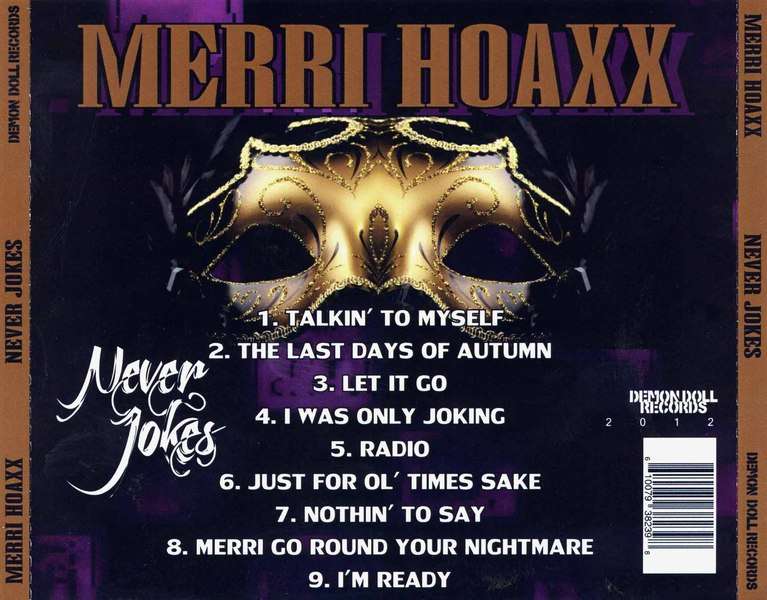 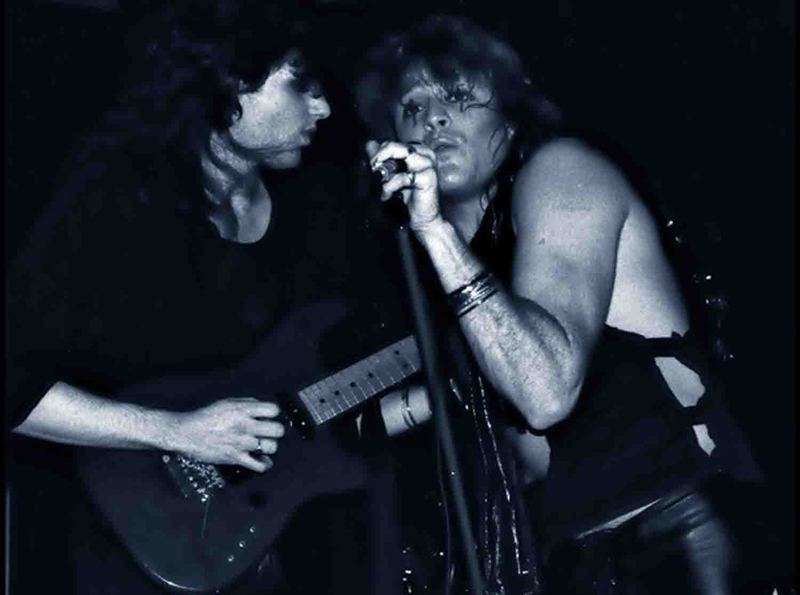 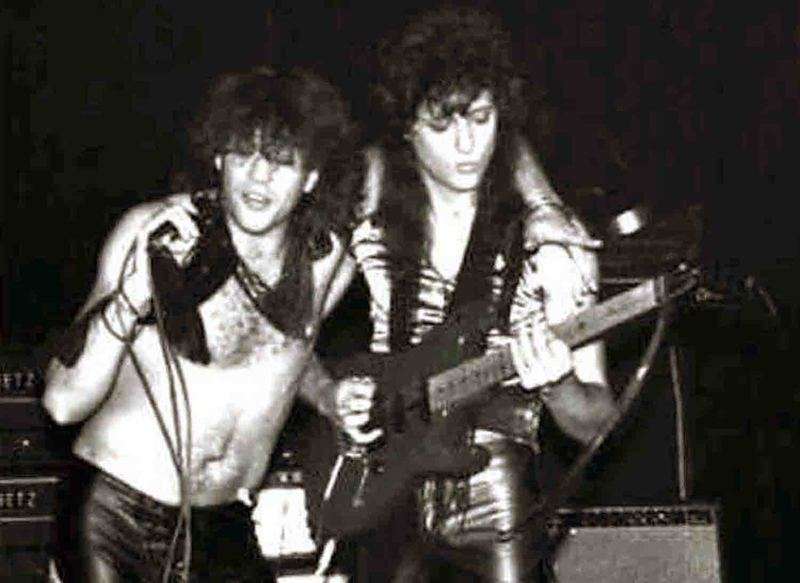 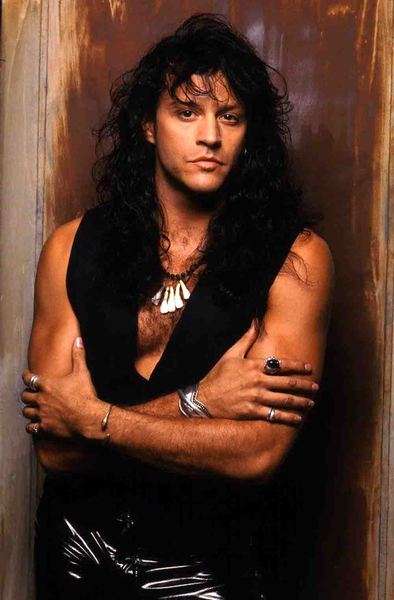 Hard rock band from Cleveland, Ohio that featured future Cats In Boots members Joel Ellis and Randy Meers.Jam packed with scorching guitars from Denny Holan and the ferocious signature Joel Ellis vocals, screams and obstinate gyrations - the songs on the disc aim to please. One spin and you'll be hooked! From the opener "Talkin To Myself" through the hits "Let It Go", "Radio" and "Just For Ol' Times Sake” to the amazing album closer "I'm Ready" - Merri Hoaxx simply deliver a masterpiece (which also includes the lyrics and a band biography written by Joel Ellis himself).There was a little magic in the air in 1987 and somewhere between Bon Jovi and Whitesnake.

Joel Ellis - has been an international recording star since the mid-1980's with bands Merri Hoaxx, Cats In Boots, Heavy Bones and Ellis Island. Joel has been backed by major labels such as EMI-Virgin, Capital, Polydor, A&M Records, and Warner Bros/Reprise.

Vocalist Joel Ellis is well known in the hard / hair metal scene fronting Cats In Boots, Heavy Bones or Ellis Island, but before that he started his professional career with MERRI HOAXX. Together with his guitar mate Denny Holan founded the band in their native Cleveland at the beginning of the Eighties.Soon both decided the group needed to head for the higher ground, then led the way to Los Angeles, California and the Hollywood Sunset Strip Rock scene.Merri Hoaxx had ambitions to join their Rock counter parts of Motley Crue, Ratt, Dokken, Great White, L.A. Guns, etc. to be in the thick-of-it-all and find their place in Hollywood Rock history, which is eventually what they did.The band hung out nightly in the notorious Rainbow Bar and Grill in the heart of Sunset Strip during its heyday, stepping out from time to time to play the Sunset Strip club scene in clubs like The Whiskey A Go-Go, The Roxy, Gazzarri’s, The Troubadour, Palominos’ and other undisclosed spots in the L.A. underground and after hour parties.Merri Hoaxx also started attracting major record label interest from Atlantic Records, who brought the band onto their roster. They started to record the debut album in 1986 but as happened with many of their colleagues, the company shelved the project and decided to fully support their other already raising acts.So after decades, Merri Hoaxx’s recordings under the title “Never Jokes“, were finally released. This is pre-production material, with some flaws in the sound and production, but the goal here is show how a novel band of these characteristics developed their first time into the studio.Opener “Talkin’ To Myself” is your typical Sunset Strip L.A. song resembling earlier Motley, with good hooks but far from memorable.“The Last Days Of Autumn” is one of the better tracks here, with a catchy craft and featuring a really good guitar solo from Holan.There are welcomed keyboards and some great backing vocals shouting out in “Let It Go” and Ellis’ let’s off some steam as Holan drives with a great guitar tone at certain points.A mellower side is shown during “I Was Only Joking” and the thinner mix during the verses lets the vocals and guitars sing out better.“Just For Ol’ Times Sake” is one of the stronger tracks, both glammy and ballsy, with lots of attitude.“Radio” lifts the pace a little, and with it, comes a verse with the balls and guts you would expect from Merri Hoax as an underground L.A. band. Despite the poor recording quality, Ellis’ voice is still the guiding light amidst the rather rough guitar work.On “Nothin’ To Say” the rhythm section take the driving seat and they do it with style. One thing I think the album could do much better is with more heavier bass and drum layer to cement the riffs.“Merri Go Round Your Nightmare” has an effective haunting touch but the power to really enrapture you just isn’t there. Closing track “I’m Ready” offers some L.A. metal touches with gang backing vocals and a solid guitar work.In “Never Jokes” there’s a certain charm about the rawness of the dated recordings and it adds to the whole an underground feel that is sometimes lost in newer, overly-polished albums.As said, this is pre-production material, but enough to taste a young band genuinely at their primal creative process, and rocks.