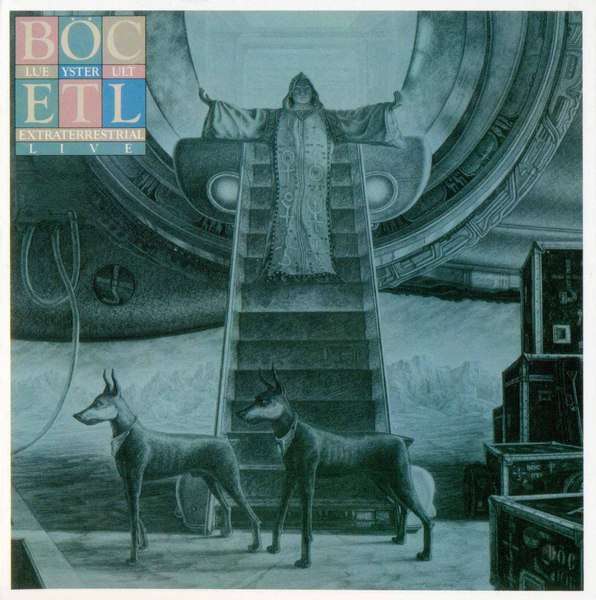 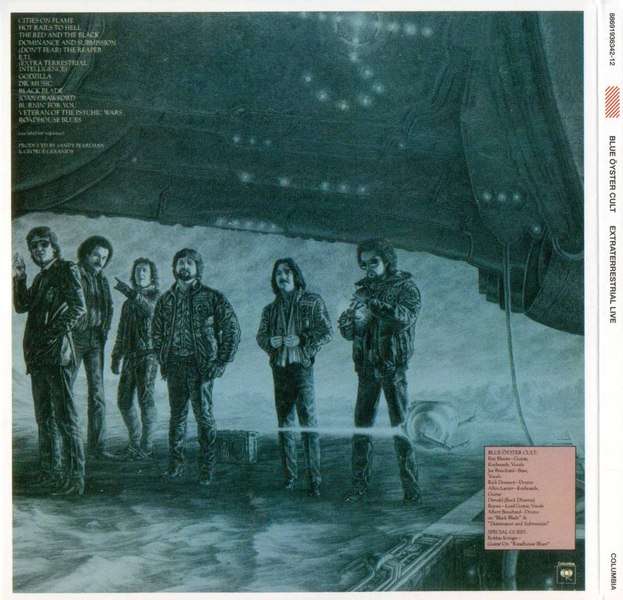 Extraterrestrial Live is the American hard rock band Blue Öyster Cult's third live album, released in 1982. It primarily documents the band's 1981 tour in support of Fire of Unknown Origin, but also includes two tracks recorded in 1980, during the Black and Blue tour with Black Sabbath. Midway through the 1981 tour, the band fired drummer and founding member Albert Bouchard, replacing him with roadie Rick Downey.Extraterrestrial Live is Blue Oyster Cult’s third, and best, live album. The weak production and muddled performances on 1975’s On Your Feet Or on Your Knees and the rush job “this will keep them going till our next studio album” impression of 1978’s Some Enchanted Evening made those two albums forgettable as far as reproductions of the Cult in concert go.But this year’s double-live album is a different story. Good production and sterling performances by all band members gives Extraterrestrial Live the same magical intensity characteristic of the New York group’s studio recordings. The album has been well thought out in an historical context, providing at least one selection from each of the group’s eight studio albums.From their self-titled debut of 1972 is included the masterful ode to heavy metal, “Cities on Flame”, and from ’73’s Tyranny and Mutation the speedy and sinister “Hot Rails to Hell” and “The Red and the Black”. “Dominance and Submission” is the single entry from their third album, Secret Treaties, while “E.T.I” and the classic “(Don’t Fear) the Reaper” are taken from the breakthrough Agents of Fortune record.The songs “Godzilla”, “Dr. Music”, and “Black Blade” are from Spectres, Mirrors, and Cultosaurus Erectus respectively, and tracks from the groups latest studio production, Fire of Unknown Origin, are “Joan Crawford”, “Veteran of the Psychic Wars”, and the hit single “Burnin’ for You”.As one can discern from the above discography, Extraterrestrial Live provides for the uninitiated a well-balanced and representative sample of the music Blue Oyster Cult has made over the past ten years.The only song on Extraterrestrial Live not previously recorded by the Cult is the Doors’ “Roadhouse Blues”, and on their nine-minute version former Doors guitarist Robbie Krieger is brought out for an extended solo battle with lead guitarist Don (Buck Dharma) Roeser. Ten years after he captivated BOC fans with his emotional playing on songs like “Then Came the Last Days of May”, Roeser’s licks on “Roadhouse” and “Veteran of the Psychic Wars” still show him to be a main ingredient in the Blue Oyster Cult sound and one of the classiest heavy-metal guitarists in America.