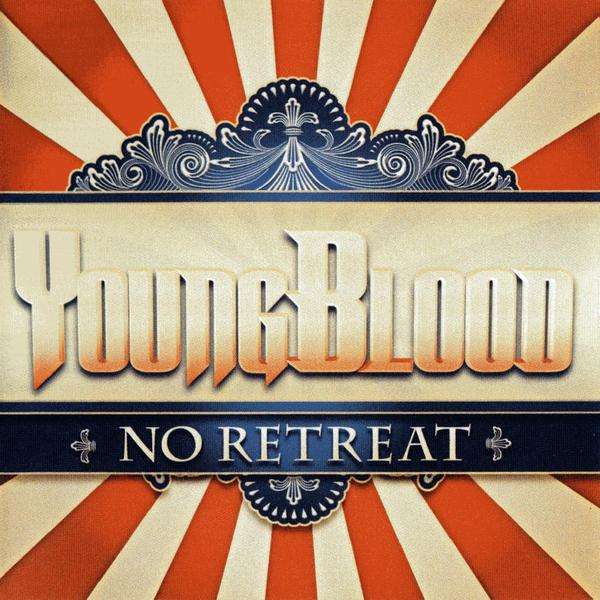 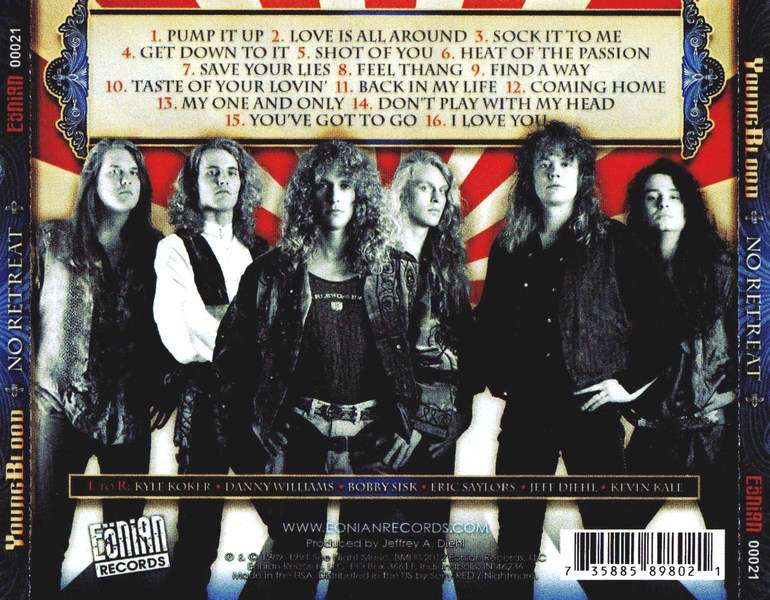 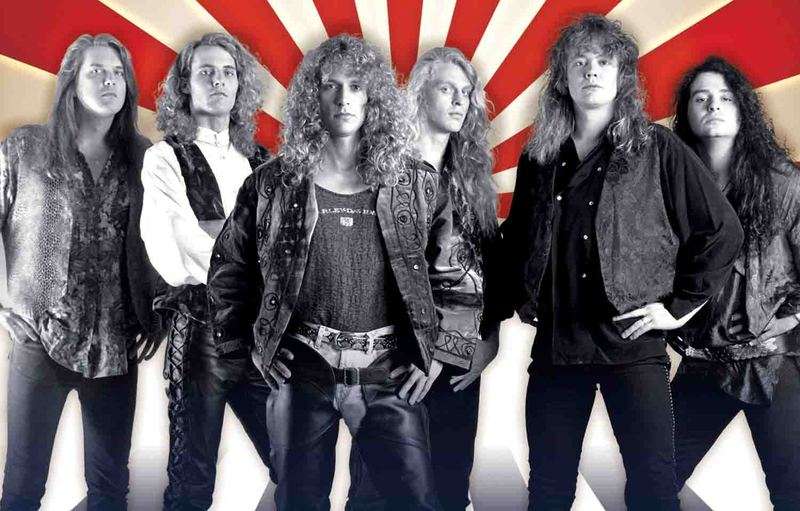 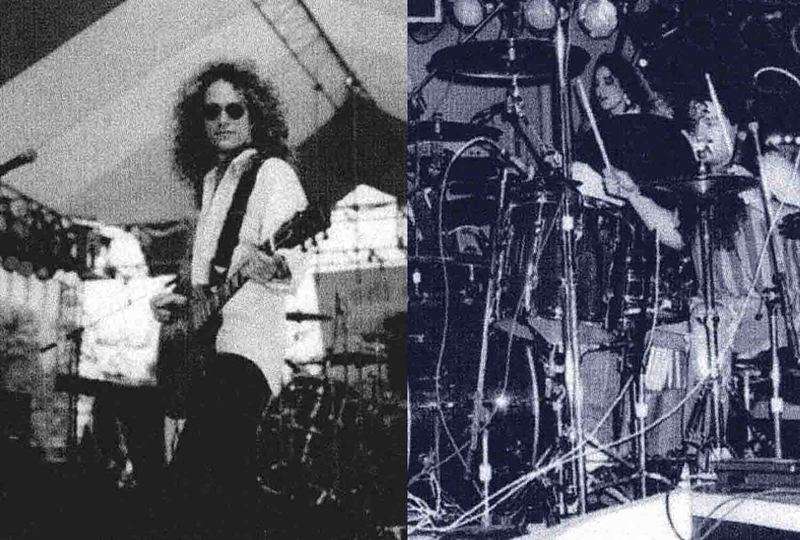 Hailing from Indianapolis, Youngblood cut their teeth relentlessly playing 4 to 6 nights a week, 10 to 12 months a year. The band came onto the music scene when Sony/Epic Music first heard the band’s demo of NO RETREAT’S first single “Don’t Play with My Head.” The band worked tirelessly for nine months to generate forty-five tracks that were mixed and mastered by Diehl Productions. Eönian Records chose sixteen tracks of these tracks to be released on the band’s first album NO RETREAT. MelodicRock.com declares “Youngblood’s attitude and music have ‘star-power’ written all over it”, while Senda Producciones says NO RETREAT is “Insanely awesome …this music is f**king orgasmic!” Europe’s top Hard Rock & Metal publication, Fireworks Magazine sums up NO RETREAT in just one word “BRILLIANT!”

YOUNGBLOOD was a band that at the time (around 1989) was offered contract by Sony / Epic Records. The group quickly jumped in the studio and new tunes we’re laid out. Unfortunately, the CD never was released.Youngblood’s “No Retreat“, a 16-track release including the material taped 1989, finally surfaced some time ago via a reissue label, now requested in this blog as remaining copies are quite expensive.Founded in 1988 by guitarist and producer Jeff Diehl who has worked with such legends as Gene Simmons, Night Ranger or Eddie Kramer, Youngblood also toured extensively as Epic Records recording artist Henry Lee Summers’ backing band.The group spent nine months working in the studio recording 45 tracks, then 16 were selected for the debut album. While professionally recorded, mixed and mastered, the songs never saw the light of day… at least until now.“No Retreat” is quintessential ’80s melodic hard rock, pretty much an audio picture of the period. You’ll find some appealing familiarity to Youngblood’s sound echoing peers like Slaughter, Warrant or Firehouse. The music is rambunctious and rocking, the lyrics pushing typical Eighties excess with tongue-in-cheek flair.Underneath it all, however, there’s real talent and some very elaborated songwriting.This CD delivers some serious rockin’ grooves in top cuts like “Love is All Around” and “Get Down To It” with screaming awe aspiring vocals that resonate after long while after.“Find a Way” belts out a batch of ranging vocal choruses that sets the mood just right, and another crisp guitar lick dominate this track.One of the best numbers here comes via the majestic piano opening of “Coming Home” that baits you with it’s ivory mood, until it launches into a scorching melodic solo, later to reprise again by the vocal reach of singer Bobby Sisk.Some songs are simply unexpected like the swirling keyboards in “Back in My Life” or the bouncy swagger of “You Gotta Go”.Listening to “No Retreat” is like a greatest hits compilation of what this band had in store for fans of the genre, great tunes well written time after time.Lead singer Bobby Sisk is terrific (where’s this guy now?) while musicianship is tight and vigorous, conducted by the melodic, cagey and sharp guitars of Jeff Diehl.Production is priceless (1989 glossy stuff) and after all these years we have a great treasure chest of hidden gems from another promising band that could of would of.b”No Retreat” makes me lone the good old days of the prime ’80s US Melodic Hard Rock scene. And it’s whole lot of fun.