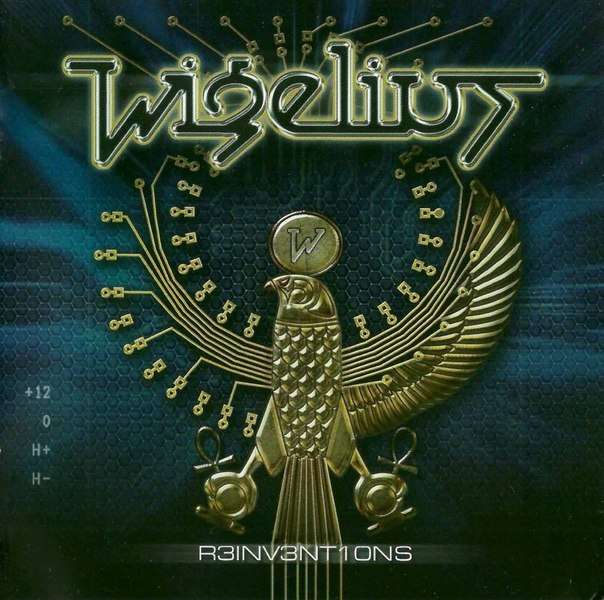 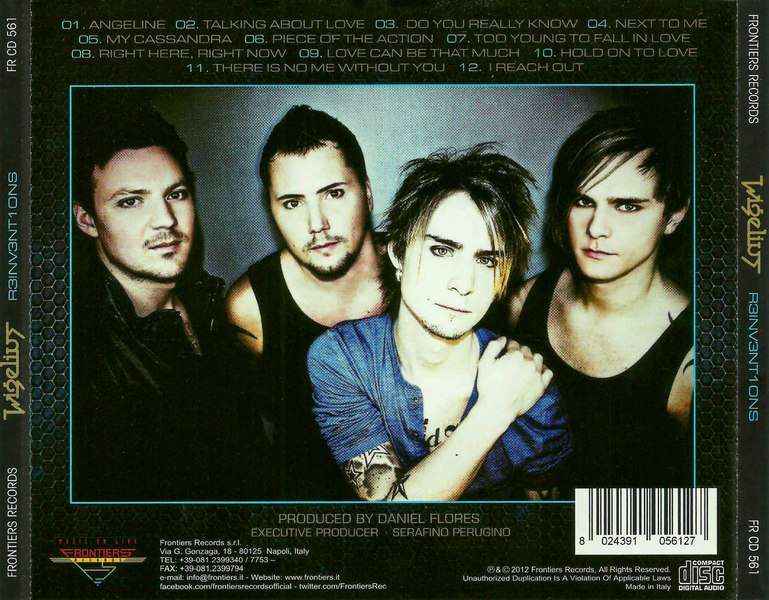 WIGELIUS is a sensational new AOR band from Sweden built around the talent of Anders Wigelius, a gifted young vocalist who came to the attention of producer Daniel Flores (ISSA, THE MURDER OF MY SWEET, MIND’S EYE) after he sung the popular Journey song “Don’t Stop Believin’” in a contest on the national Swedish TV.A true Melodic Rock / AOR music fan, Anders grew up with music from Richard Marx, Toto, Journey and Foreigner and played AOR songs covers in a band called GAMBLERS, before going his own way with his own thing. “Since I discovered the joy in writing my own songs and I have been doing it since then” says Anders. “The music of Wigelius is powerful and big: it’s a guitar and drums driven sound, with a strong melodies on top. The arrangements are intricate with some theatrical modern parts, and there’s also a more downscaled side to it with emphasis on an acoustic feel. You can hear influences from Toto, Journey, Van Halen and Whitesnake.”.Anders is in his early 20′s, which is an advantage when creating new ways of marketing modern AOR. He plays guitars and keyboards and also writes music for other bands and has been quite successful with that. His older brother Erik Wigelius, plays drums. This is a hit, hungry, horny and amazingly talented new band, plus they look amazingly good. “I was fortunate to meet some great guys for this band” continues Anders, “but without Daniel Flores, there wouldn’t be Wigelius. We had a blast recording the album and with his experience the songs just kept getting better and better”. The line-up is rounded up by Jake Svensson on guitars and Chris Pettersson on bass.Wigelius is also all about having fun! Without the enthusiasm for the music and lots of laughs during the process, “Reinventions” would have never sounded as energetic and “big” as it does. The collaboration turned out to be a perfect match of people sharing the same vision in making music together. The best still lie ahead! Everyone in the band is very excited to be a part of it! Harry Hess (ex HAREM SCAREM) mastered the album.

This article commentary is about Real Scandinavian AOR, so if you hate this kind of music or if you’re only interested by the new hype in Metal, the following words and phrases will lead you nowhere, better switch to another critique than wasting your precious time with my praise.Ok, now, I hope we are all in the same mood and ready to celebrate one of the few delightful Pure AOR album of 2012. In fact, this new band directed by the amazing vocalist Anders Wigelius and his brother Erik Wigelius on drums, it’s a real wet dream for the lovers of that tidy sound. It is polished, suave and quite sophisticated, with big keyboards, equally good guitars and obviously huge chorus, but most of all a powerful and a softly raspy voice that can compete with the greatest in the classic melodic Rock genre.The energetic tracks like the final "I Reach Out" with a great guitar solo, "Talking About Love", "Do You Really Know" and "Angeline"are all sheer rocking with memorable hooks, and sounds evident and almost familiar even if some softer songs like "There is No Me Without You", "Love Can Be That Much", and "My Cassandra" show a mellower side, there is no flat cuts here, not a single trace.The recipe is well known and applied to the letter here, so I agree about the lack of creativity & the absence of surprise both in the song-writing than in the lyrical purpose of this album that some would call as formulaic and predictable. But honestly once and for all, who cares? Because this CD is highly enjoyable, fun, jubilant and beside some impressive yet unbeatable full mark releases like “Address The Nation” by H.E.A.T or LOVER UNDER COVER and his brand new “Set The Night On Fire”, there is nothing better for the nostalgic fans of this style once king of the airwaves that’s why the Frontiers Records A&R people signed them so quickly. So from now on, you have the choice, appreciate it and the life who goes with it, or become the old grumpy Ayatollah Purist that sulking & who loathe all that was created after 1984.We all recognize and identify clearly those guys, don’t we ??? Or the other clever path is taking this platter for what it is: A Bloody great record that deserve a place in your collection side by side with The monstrous return of TREAT with “Coup De Grace”, the genuine brightly “Saturn Skyline” by LAST AUTUMN’S DREAM, 2008’s first WORK OF ART or the unsung “Dis Con Nec Ted” by ANGELINE. You’ll notice that I won’t rely to the popular giants of the 80s to qualify their music, because is useless and could be interpreted by the AOR Mafia as a sacrilege. The technical side is flawless because the team behind the production & the recording séances is like the cream of modern melodic Rock.Indeed, both Harry Hess (HAREM SCAREM) & mostly Daniel Flores(CRASH THE SYSTEM / MIND’S EYE) are involved in the making of this album, and for me, this is not a fluke, it’s another strong sign that the debut disc by WIGELIUS is essential and that the band belong to the big league hopes.