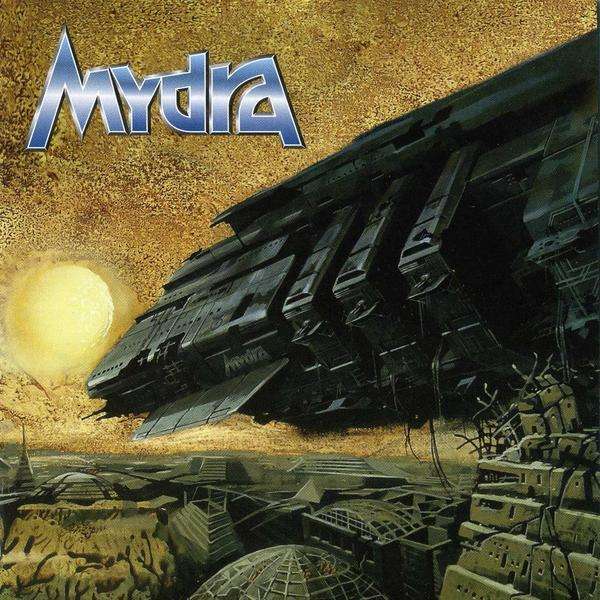 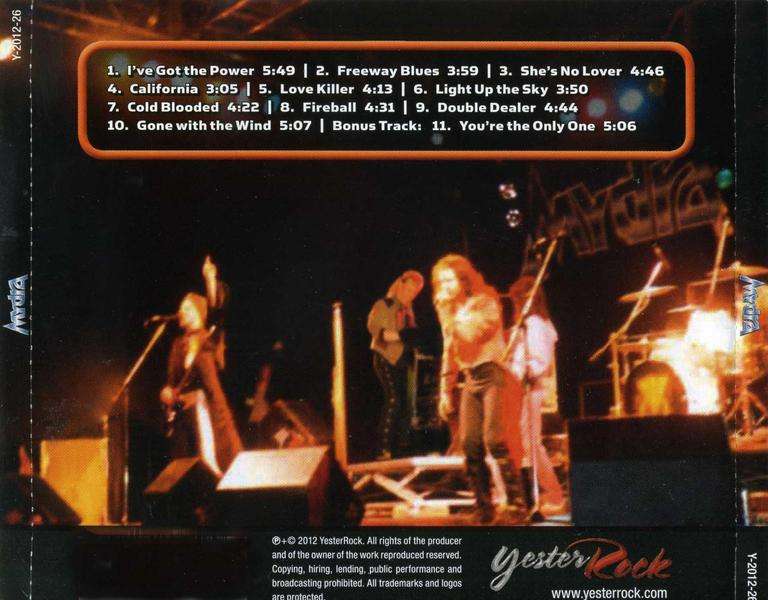 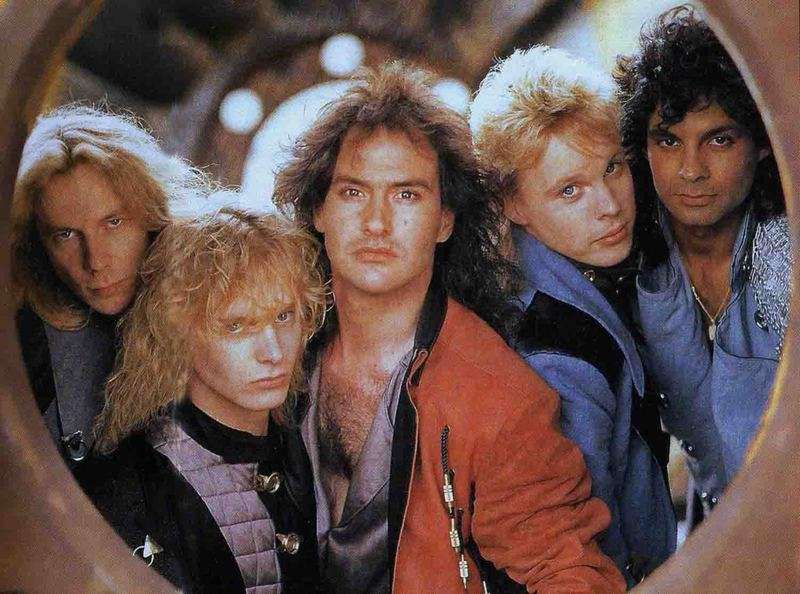 Hard Rock band from Hamburg, founded in 1985.Band recorded their self titled debut in 1987/8, and soon become out of print.This is a very good melodic hard rock album with big arrangements, strong guitars and a couple of songs in the scandi-AOR style to die for.Their debut was also sadly the last time anyone heard from the band. Unleashed in 1988, right in the midst of the metal crazed world, it was also barely even glanced at before being discarded. It did not exactly enjoy a large printing in the first place, thus sparking the story that has repeated itself tenfold in the past few years. Melodic fans started discovering these gems by word of mouth and a new form of communication known as the internet, and suddenly everyone wanted a piece of this now highly touted 'classic'. Maybe if these latecomers had been all over it in the first place when the disc was hot and new, we would have heard alot more about Mydra and less about Poison, Britny Fox and their mainstream embraced brethren. As good as radio's glammy darlings were, their musical stuff just wasn't measuring up to unknown acts that were swept under the rug such as Mydra. While this lone and lonely debut was the only thing released for over a decade, a second album was recorded in 1990 but sat in the vaults until just recently, where it was made available just this summer (2002).

Where do we start? In 1985 the first in a line of Melodic and Hard Rock LPs was released under the name "Charon" with Andreas and Eberhard Feldhahn at the helm, both producing and playing in the band. Although Tony Platt (AC/DC) was lined up to produce the album, the record company decided, after consulting with Michael Wagener, that Andreas and Eberhard should produce themselves due to their experience in producing acts like Dokken and Great White.There followed an extensive tour with Wishbone Ash and several TV appearances, which helped establish their fan base all over Germany culminating in the sell out gigs at the Fabrik in our hometown of Hamburg.After the second LP the band underwent a complete personnel change. Andreas and Eberhard also making way due to heavy recording schedules. In the new band singer Andre, noticed that two thirds of the band – himself, Jan, Berni and Alec – worked well together, but the two remaining members did not, so they had to go. Without further ado Andreas was asked to do drum duties again and together with a name change and a new haircut Mydra was born.This band got into music exactly for the same reason as any other red blooded male does – For The Ladies. As for the musical direction - well..you only have to watch a Bon Jovi video to see what kinda audience they get. You don’t get that sort of female attention at a jazz concert, now do you?....Oh, we have to get serious again.Well.... It all started after many nights of rehearsing finally paid off when Mydra I was released in the late 80’s, the hayday of melodic rock and hair metal.Several tours followed, the most memorable being with Nazareth in Southern Germany. There were also many gigs taking us from Flensburg to Munich at open-air festivals, clubs and halls. Radio and television interviews – Radio FFN, Radio O.K., and a 20 min Special on Tele5. Basically a good time was had by all!!Although Mydra I was released in Austria and Switzerland, we never managed to tour those countries. Mydra I was also released in Spain after we did a radio interview backstage at The Monsters of Rock in Schweinfurt, Germany.After recording a second album (which then was not released due to differences with the record company) the band split in 1990. Despite which, the name Mydra has been cropping up here and there over the last 10 years. Several ex-members being involved in other bands and projects including Kingdom Come, Velvet Viper (ex-Zed Yago) and TV appearances with Suzi Quattro and others we would prefer not to mention!)You’re probably asking yourself: " Well, why did they release that second album after 12 years ??".First of all - even after 12 years the first CD has attained collector item status and is still sold on online auction sites such as Ebay and has reached countries such as the US, Japan and Brazil.Second – after revamping the master tapes the second offering was waiting to be released. Third – the band, in it’s original form, was ready and willing to take up the gauntlet once again. Fourth – the music still sounded fresh and dynamic enough to compete with what was then on offer.Fifth – the first album evoked a reaction in countries like America, Japan, Italy. Countries, where the album wasn’t even released.Sixth – even the outer Mongolians liked it …MYDRA, German band based in Hamburg, recorded their self titled debut in 1987/8, and soon become out of print.This is a very good melodic hard rock album with big arrangements, strong guitars and a couple of songs in the scandi-AOR style to die for.First track "I've Got the Power" really got the power with the huge dual guitar / keyboard riff and the pompous arrangement. A monster song, with excellent production."Freeway Blues" is, imho, the weakest track of all, no bad, just plain hardrocker, but "She's No Lover" returns with the guitar / key duel magic. Then "California"; yes, simple and basic, but one of my favs, with a melting raw riff."Love Killer" is a really good one, MYDRA sounds here like a mid-eighties american pop-metal band. Very cool.The rockin' AOR of "Light Up The Sky" is almost radiable, with a very good chorus and backing vocals mix, nice vintage keyboard solo as well.The instant winner "Double Dealer" is pure scandi AOR, keys, keys, keys!, and a huge chorus. Love this one.Last track "Gone With the Wind" is another highlight, starts quietly, but the increscendo tempo explodes into a terrific chorus. First class arrangements, this is a great, great tune.The excellent production and some killer songs have led to this album a cult status, also for the fact that it was impossible to find a copy. bring to you the finally remastered reissue released not so long ago, not so easy to find as well.'MYDRA' still remains as one of my favorite german bands of the 2nd half of the eighties.