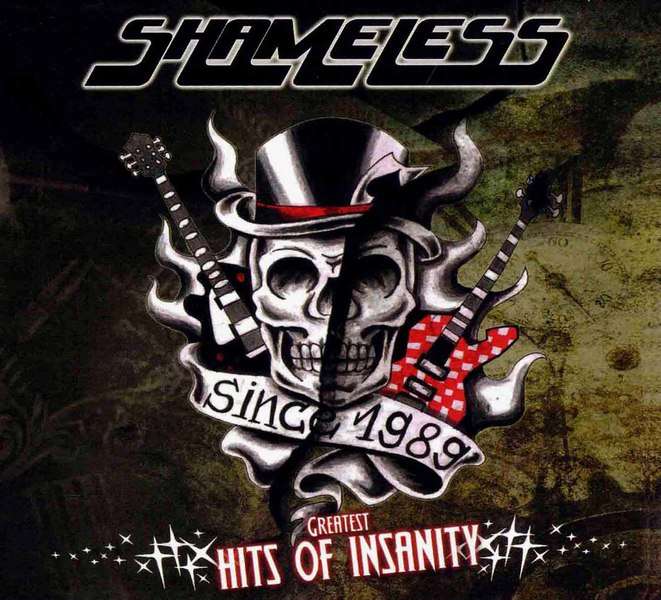 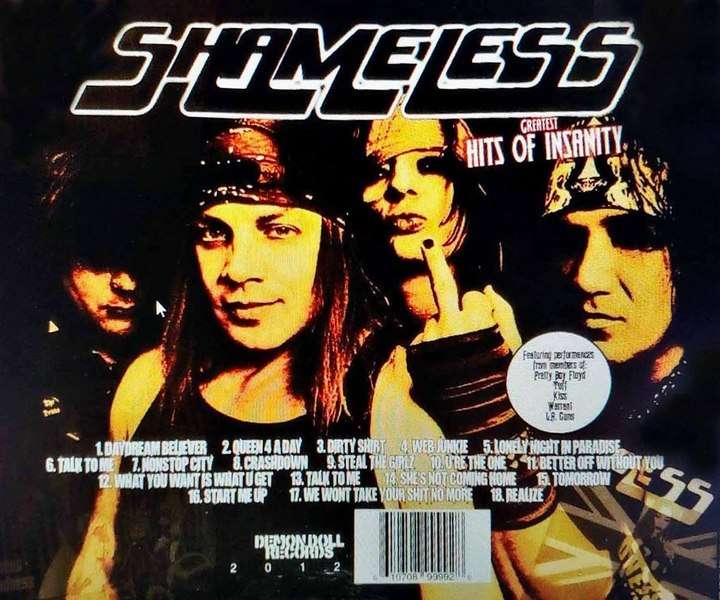 Founded in 1989 by bassist and songwriter extraordinaire Alexx Michael, SHAMELESS has teamed up with Demon Doll Records to bring you all the best of what the guys have to offer! "GREATEST HITS of Insanity' is jam packed and busting at the seams with over 70 Minutes and 18 songs of pure Glam Rock Genius! This disc has everything a Glam & Sleaze junkie could desire.If that isn't enough to make you tremble a bit, we've got the best of the albums 'Backstreet Anthems, 'Queen 4 a Day', 'Famous 4 Madness' as well as four cover songs from the likes of the Rolling Stones and Kiss!This is just a carnal feast of Glam, Sleaze and Hair Metal at its finest. So let’s set the dial back to the golden era and get ready to go full throttle into a celebration of some of the coolest rock stars on the planet, All hail SHAMELESS! All hail Rock 'N Roll!