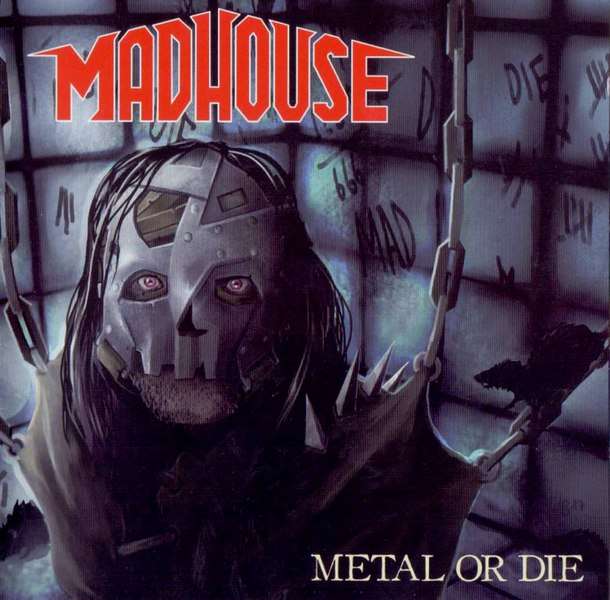 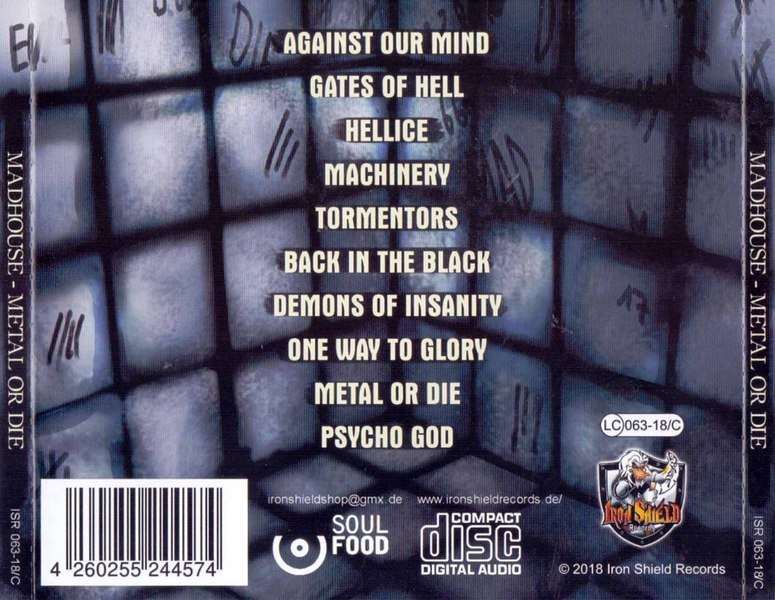 MADHOUSE was founded in 1986 by Carsten (vocals, guitar) and Thomas (guitar). Previously, both played together in the speed metal band ERECTION. Paul (drums) and Lars (bass) quickly joined the band.appearances:In the autumn of 1987 they played in the youth center Hamburg-Eidelstedt (organized by the "Tipsy Apes") and "Knust" as well as in the "Stairway".In April 1988 the first demo "Goin 'Crazee" was recorded.It received consistently positive reviews in the trade press.This was followed by gigs in the youth center Neu Wulmstorf and the metal Sunday in Bienenbüttel (near Lüneburg), together with "Zed Yago" and "Darxon".In the summer of 1989, the second demo was created and you rocked at the open-air festival in Neu Wulmstorf.With the new demo, they applied to the Oxmox band competition. MADHOUSE prevailed over 800 bands and qualified for the final round of the competition (final), which took place in September 1989 in the "Great Freedom 36".In March 1990 they celebrated together with "Chroming Rose" a successful metal evening at the BH Wilhelmsburg and afterwards played other various gigs in and around Hamburg.After 1990, each of the musicians went their own way...In the winter of 2014, Paul, Thomas and Lars met in the "Logo" Hamburg, where Carsten had a gig with his new band "Seven Seas". Here, the four crazy people decided to meet privately for a "nostalgic evening".This evening, at the end of the "Reunion" of Madhouse in the original cast of 1987, was held in the winter of 2014.Since 2016, the band has been working on new material with Doctor Mad aka DD Shark (ex-Crystal Shark and Seven Seas) on the mic under the motto "Harder Than Ever", so that nothing stands in the way of a "nostalgic evening on stage" ,

MADHOUSE was founded in 1986 by Carsten Krekow (Git/Vox) and Thomas Gamlien (Git) in Hamburg/Germany. After going through some auditions Lars Rothbarth (Bass) and Paul Slabiak (Drums) completed the Line-Up.Back with a new record, the album starts off with Against Our Mind which is a groovy song that speeds up as it gets toward the chorus, showing off the skill and the swagger that the band has. Gates of Hell is fast, showing the chops of guitarists Krekow and Gamlien. Hellice is typical heavy metal 1980s style, with the big riffs, the even bigger vocal performance. Machinery is a fast, blitzkrieg of a song that carries everything through on a solid drum beat. Tormentors is fast, melodic, and thrashy a rare combination these days, and the perfect one for such a song.Back In The Black is a heavy song, with a melody that would make Bach hum with pleasure. The guitars move in sync and the vocals match the tonality of the song. Demons of Insanity combines duelling guitars with the frantic processions of a man bent on achieving something or the other. A perfect vocal performance from Didi Schulz. One Way To Glory is a warrior’s song containing many things that would make Manowar proud, big vocal lines, soaring guitars and sweeping drum patterns. Title track on the record, Metal or Die is a furious rampage through the ages of heavy metal. Psycho God is fast, thrashy and a good song to close up the album.Be sure to get this eclectic album when it is released on May 11th, via Pure Steel Records.