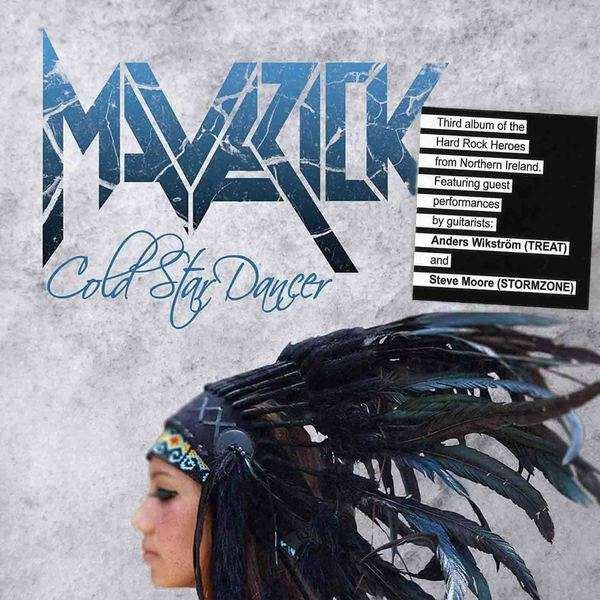 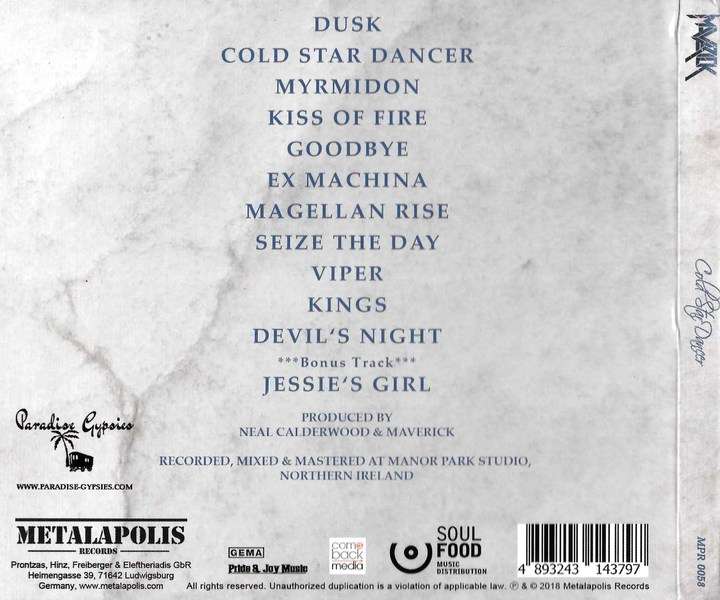 WE'RE MAVERICK, a hard rockin', heavy hittin', kick-ass, dual guitar wielding wrecking machine from Belfast, Northern Ireland.Maverick has been active for only 2 years. In this short time we have self released an EP which has received rave reviews and worldwide air play; we have been signed to a major European record label who will be releasing our debut album, 'Quid Pro Quo' worldwide on the 28th of November 2014. We have played with top quality American acts such as Tigertailz, Faster Pussycat, Cheap Thrill (featuring members from White Lion & Cinderella) and soon, on Novermber 15th 2014, Y&T.We are completely determined to take this band all the way to the top and are 100% committed to doing whatever it takes to do so.

German label Metalapolis Records will release the new album “Cold Star Dancer” from hard rock band Maverick on April 6, 2018!Founded back in 2012 from the Balfour brothers Ryan and David, Maverick soon could establish themselves in the scene. With their first album "Quid Pro Quo", they already could tour in Europe together with the Swedish hard rock stars The Poodles. The from press and fans very well reviewed second album "Big Red" saw the 5-piece from Belfast/Northern Ireland again on the road with Swedish superstars Treat. They also played festivals like H.E.A.T (Germany), Icerock and Rocknacht Tennwil (Switzerland) and Rockingham in the UK, which helped them to grow their solid fan base to a massive one!The new album "Cold Star Dancer" marks a consequent follow-up to "Big Red". Groovy and modern played heavy rock with killer hooklines and well produced by Neal Calderwood in the Manor Park Studios in Belfast. Singer David Balfour proves that he is one of the new heroes of the current hard rock generation and guitarist Ryan Balfour, who played almost all the guitars himself (second guitarist Terry McHugh left the band during the production), is without a doubt one of the upcoming shredders! Some songs saw guest performances from Treat guitarist Anders Wikström ("Ex Machina" and "Cold Star Dancer") and Stormzone guitarist Steve Moore ("Myrmidon", "Viper" and "Devil's Night"). Until they'll find a permanent new guitar player, Steve Moore will help the band out on live shows.