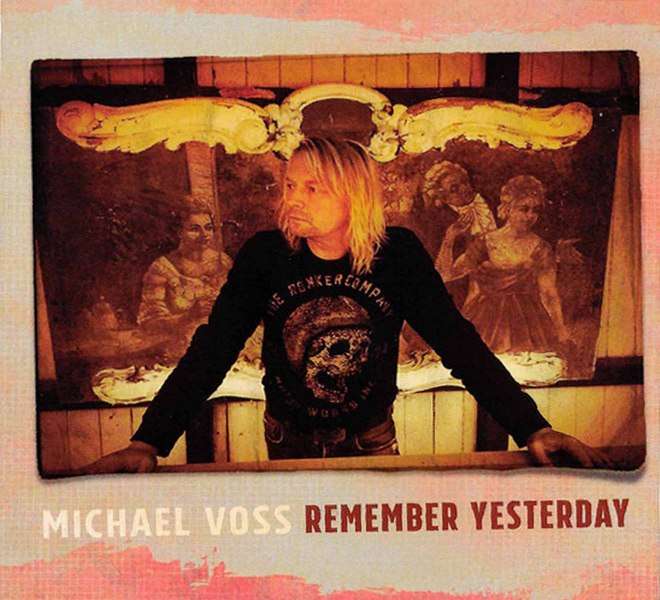 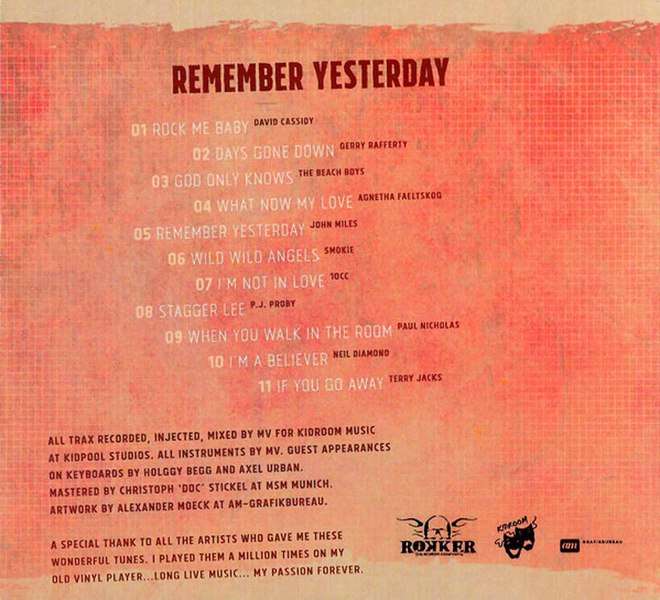 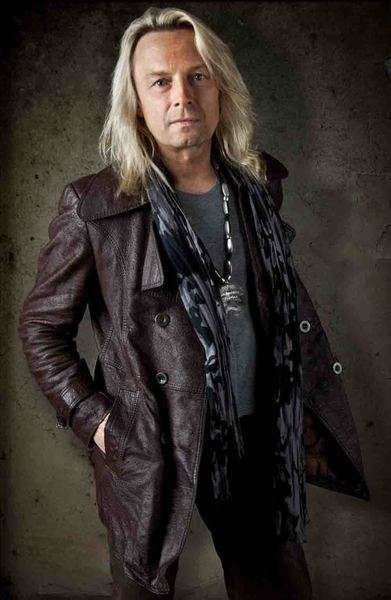 German singer, guitarist, producer Michael Voss is living his life as a rock musician for almost 4 decades now. His career took off in the very early 1980s, being the energetic frontman of the Münster based hard rock band Mad Max. After some successful years of releasing albums and touring, during the following years Voss moved on with bands and projects such as Casanova, Phantom 5, Bonfire, Wolfpakk, Michael Schenker’s Temple Of Rock and Rock Wolves. Parallel to his career as an active musician and touring the world, Voss also made a name for himself as a songwriter and music producer, running his own studio Kidroom Music for many, many years now.MAD MAX is a Münster melodic Hard Rock outfit debuted with a line-up of vocalist Andreas Baesler, guitarists Wilfred Schneider and Jürgen Breforth, bassist Thomas Hoffman and drummer Uwe Starck, cutting a self-financed, eponymous album for issue in 1982. This offering was subsequently re-issued via Roof Music in 1983. The band signed to Roadrunner Records and new singer Michael Voss, then just nineten years old, featured on the second album ‘Rollin’ Thunder’, released in October 1984. ‘Rollin’ Thunder’ was also granted a valuable US release on the Metal Blade label.The band then replaced Hoffmann with new bassist Jürgen Sander. MAD MAX evolved further when both Schneider and Starck vacated their positions to join fellow Münster Heavy Metal band Carrie. 1985’s ‘Stormchild’ album witnessed new recruits being drafted in the form of bassist Roland Bergmann, drummer Axel Kruse and guitarist Christopher Wegmann. The single ‘Fox On The Run’, from 1986, was a cover of the Sweet classic.MAD MAX guitarist Chris Gerhard (‘Angel’) Schliefer was eventually to join SINNER for their ‘Comin’ Out Fighting’ album in 1986 and has also enjoyed stints in the ranks of Pretty Maids, Bonfire and the rejuvenated Sabu. Drummer Axel Kruse currently plays with German Melodic Rock outfit Jaded Heart.Their final Roadrunner album release, the Dirk Steffens produced ‘Night Of Passion’, arrived in 1987.Mad Max debuted in 1982 with their self-titled album and managed to gain a lot of success in Europe and Japan in the mid-80's before fading away in 1989. Michael Voss and Jürgen Breforth reunited and put out a comeback album in 1999. Six years later the whole band has reemerged again and put out three albums in 2006 and 2007 and Here We Are in 2008.Mad Max will be supporting German heavy metal guitarist Axel Rudi Pell during the Circle Of The Oath Tour during April & May in 2012

German veteran rock producer and musician MICHAEL VOSS (Michael Schenker, Wolfpakk, Phantom 5, Mad Max, Casanova) working since decades ´In the Name of Rock´ has recorded a very special solo album titled 'Remember Yesterday', where he makes his own versions of songs that influenced him in his childhood.According to Voss, these tunes shaped and made him the musician that he is now.While is well mainly known for his works in the Hard Rock field, the core of the songs here are rock & pop tunes he heard on the radio when he was a kid.All are arranged and performed with a 'rock' touch, and you can hear the influences and vibes that still can be found in Voss' work nowadays.Among of my favorites are Voss' take on John Miles' "Remember Yesterday", a great song whichever the arrangement it receive, and the timeless 'I'm Not In Love', the 10CC classic, where Michael's voice bring to mind his work with his early band Casanova.Other highlight, a hidden track here, is the guitar driven arrangements of Stevie Winwood's 'While You See A Chance', there's a fun rocking version of 'Stagger Lee', and a very melodic 'Days Gone Down' (Gerry Rafferty original)."Remember Yesterday" is a nice, pleasant classic rock collection of songs that shaped Michael Voss' career, done in his own personal way, very well recorded and produced.It's a limited edition release, only available at his website.