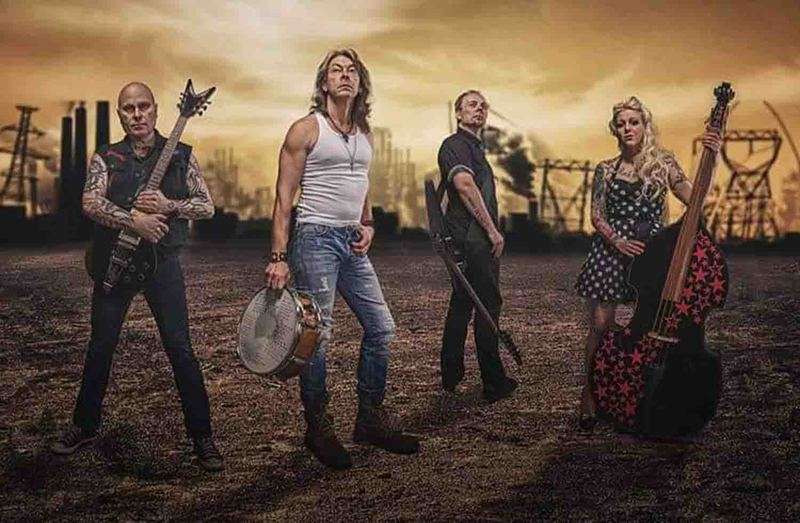 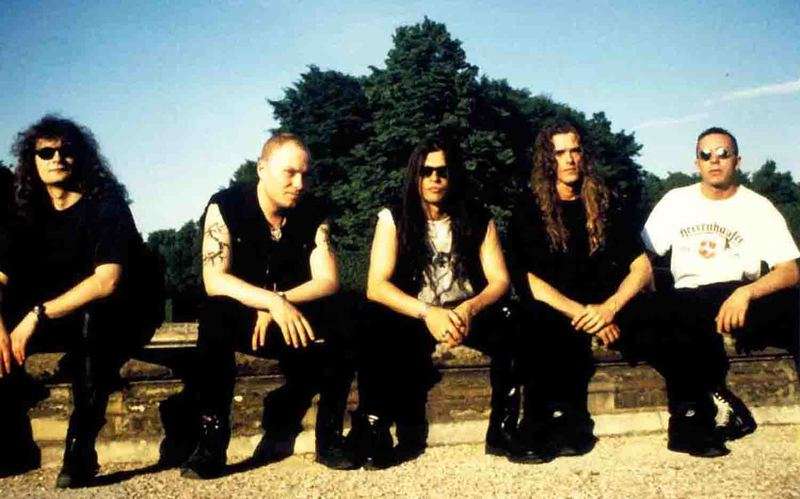 ROUGH SILK is a metal band originating from Germany.They were formed in 1989 by Ferdy Doernberg (keyboards, slide-guitars & vocals), Hilmer Staake (guitars), Jan Barnett (lead vocals, guitars), Ralf Schwertner (bass, vocals) and Herbert Hartmann (drums, vocals).The first era of ROUGH SILK contained the EP "Rough Silk" and the full-length albums "Roots of Hate", "Walls of Never", "Circle of Pain", and "Mephisto". After these albums, Jan Barnett was replaced by singer Thomas Ludolphy. In this period the band recorded the albums "Beyond The Sundown" and "Symphony of Life".In 2002 Thomas Ludolphy left the band due to personal issues, and on the band's 2003 effort "End of Infinity", the three members shared vocal duties. The band's most recent activity has been the 2009 album A New Beginning.ROUGH SILK has toured with progressive power metal band SAVATAGE multiple times, and their sound is a good comparison. ROUGH SILK is highly recommended to fans of SAVATAGE, HELLOWEEN, BLIND GUARDIAN, and SYMPHONY X. I prefer their first era with Jan Barnett, but they have consistently released solid albums with or without him.In 2018 change of style music to Hard Rock and Progressive Rock.

Rough Silk have had a quite rollercoaster-like career. Starting out as one of Germany’s hottest power metal exports, they morphed into a completely different entity that does not have any resemblance or connection to their original sound other than the band name and the fact that Ferdy Doernberg and by now also returned original drummer Herbert Hartmann. Now one can argue about a band’s right to evolution and avoiding repeating themselves, but there usually is a limit to what fans will accept. Progressive Oi!-Pop is the band’s tenth album and not only is the title as weird as it can be, but also musically it will definitely split their fanbase or what is left of whoever had been a faithful during their first four albums.The first four albums Roots of Hate, Walls of Never, Circle of Pain… …or: The Secret Lies of Timekeeping and Mephisto are widely considered among the country’s best offerings in the power metal genre, while firmly staying away from what is usually considered the “German sound”, but after that things began to change. At first long-time singer Jan Barnett was fired due to apparent attitude issues, then guitarist Hilmer Staacke left after Beyond the Sundown with Ferdy Doernberg taking on more and more responsibilities. Fast forward to Progressive Oi!-Pop and it is probably safe to say that the vast majority of fans of old will cringe upon hearing the 15 songs of the new album (well, the first cringe comes courtesy of the album title already), because there is no power metal detectable anywhere, even the Queen influences that snuck into the band’s sound over the years have dissipated, instead it seems like a rock band is trying to embrace some world music, blues and a relaxed mood in an attempt to pass it off as “progressive” music.There are bands that manage to incorporate instruments such as steel/slide guitar (far overused on this album) trumpet, dobro, flutes, mandolin, banjo, ukulele, kalimba etc into metal or rock, with Progressive Oi!-Pop, though, one can’t shake the feeling that someone hit record during a jam session and then decide to master it. Even with a good deal of open-mindedness towards genre foreign influences, Rough Silk’s tenth does not work on many different levels, even when detaching it from the band’s musical legacy. While the band obviously goes for a more relaxed sound overall, it lacks the conviction that will make the listener sit through 75 minutes of it, the almost complete lack of dynamics does its part in the album’s demise, but the shared vocals of Doernberg, Hartmann and new bassist Anke Sobek are what put the final nail into the coffin.Often sounding dull, flat and uninspired, they lack expression and power, they are just “there” instead of helping move the song forward or even carrying it, which spells doom for songs that at times seem to start out with a spark (“The Deeper the Wound” or “Trust vs. Experience”), but then quickly drift off into shallow waters and forgettability. Some of the vocal lines seem rushed to fit the at times awkward lyrics and abrupt shifts in the songs don’t help things along either, adding insult to injury. “Mephistopheles” is a great example for this, reminiscent of the title track of their 1997 album Mephisto, which starts out with some nice riffing, then the steel guitar comes in and then things go downhill, into a verse with not even enough guitar to call it rock, but then turning into one of blandest choruses ever, which would make Mephistopheles rotate wherever he is right now.It may read harsh and could be viewed as written by someone stuck in a band’s past and “not getting it”, but even forgetting all of the band’s past and solely looking at the album at hand, Progressive Oi!-Pop is failing on many levels, making 15 songs and 75 minutes a chore, not a joy. If you are a fan of Rough Silk of old, stay away from this, otherwise approach with caution, because this is just not good… And the worst thing is that repeated listens will not make it any better…

01. All Hands on Deck! (Intro)
02. A TravellerВґs Guide Through Insanity
03. The Deeper the Wound
04. Man with a Microphone
05. Child of Mine
06. Trust Vs. Experience
07. Nothing to Be Scared Of
08. Mephistoteles (Mephisto Revisited)
09. Because of You
10. A Little Bit of Bad Sounds Good to Me
11. Patiende Is a Word I DonВґt Understand
12. Working Class Crewsicians
13. The Law of the Jungle
14. In a Transcendentral Universe
15. Shine On